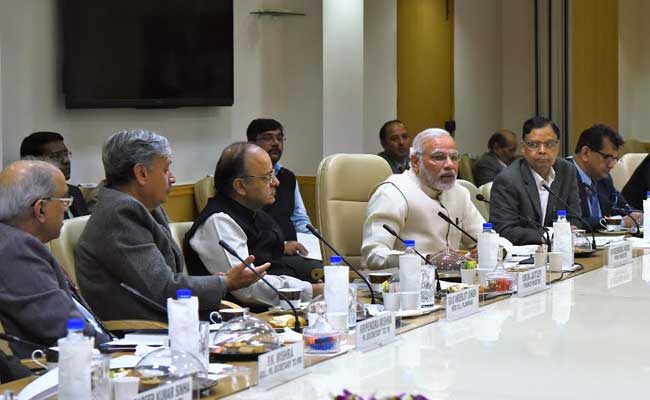 New Delhi: Prime Minister Narendra Modi met top economists, officials and members of the Niti Aayog this evening to take stock of the economy, especially in view of the notes ban and the cash crunch that has followed. PM Modi, during the meeting, said the budget cycle has an effect on the real economy, and "the date of budget presentation is being advanced, so that expenditure is authorized by the time the new financial year begins," according to a government statement. The meeting was held just over a month before the government presents the union budget on February 1. The theme of the meeting was Economic Policy, The Road Ahead.