The Sardar Sarovar Dam - the world's second biggest - was inaugurated by PM Narendra Modi, nearly six decades after its foundation stone was laid. It has been constructed on the river Narmada.

Ahmedabad: Over the last six decades, the Sardar Sarovar Dam on Narmada faced many hurdles but India overcame them with her "blood and sweat" Prime Minister Narendra Modi said today. The inauguration of the world's second largest dam coincides with the PM's 67th birthday.

"The World Bank said it would not fund the project," the Prime Minister said in his address at a public meeting in Dabhoi, an hour's drive from Ahmedabad, after the dam's inauguration. The World Bank, he said, alleged the dam would ruin the environment. "It did all it can to ensure India cannot have such a mega project... But India too had decided that World Bank or no World Bank, we would build the Sardar Sarovar Dam," he added.

"I have knowledge ('kacha chittha') of everyone who tried to stall this project, but I will not name them as I do not want to go on that route," the Prime Minister added.

This project, PM Modi said, sets new records and new benchmarks. Citing an example, he said the amount of concrete used is more than enough for a road from Kashmir to Kanyakumari and Kondla to Kohima. 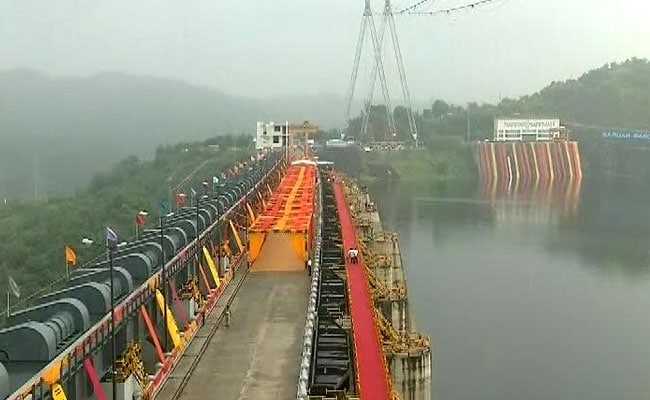 The 1.2-km-long Sardar Sarovar Dam will irrigate over 18 lakh hectares in the state, say officials

Before the opening of the dam, PM Modi visited Sadhu Bet, an island in the river Narmada, to review the construction of a 182-metre-tall statue of Sardar Vallabhbhai Patel - called the 'Statue of Unity' - and a memorial complex dedicated to the country's first Home Minister.His address marked the end of the fortnight-long Narmada Mahotsav, launched by the Gujarat government to celebrate the completion of the dam.

The Prime Minister's visit to his home state comes less than a week after he hosted his Japanese counterpart Shinzo Abe where the two launched India's first bullet train project in Ahmedabad.

With the state gearing up for polls later this year, the ruling BJP has turned the inauguration of the dam into a massive political event. Chief Minister Vijay Rupani has dubbed the project as "Gujarat's lifeline", saying that the agriculture income and production of farmers in the state more than doubled because of it.

The 1.2-km-long dam, which is 163 metres deep, will irrigate over 18 lakh hectares in the state, according to officials; the water from Narmada will flow into over 9,000 villages through a canal network, Sardar Sarovar Nigam Limited (SSNL) officials said, explaining the paybacks of the project.

Promoted
Listen to the latest songs, only on JioSaavn.com
The project has been mired in controversies ever since its foundation stone was laid on April 5, 1961 by the country's first Prime Minister Jawaharlal Nehru. The Narmada Bachao Andolan (NBA), led by social activist Medha Patkar, has been protesting against the project, raising several environmental concerns. In 1996, construction on the dam was suspended following a stay by the Supreme Court which allowed work to resume, four years later, but with conditions.

Earlier today, the Prime Minister met his mother Heeraben Modi at her home in Gandhinagar - as he does every year on his birthday - to seek her blessings. 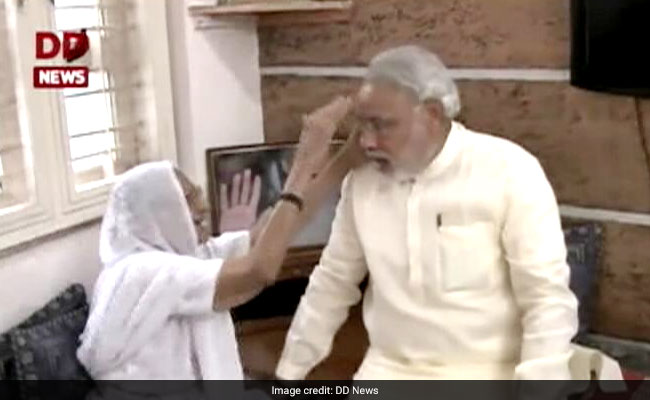