Gujarat Election 2022: Prime Minister Narendra Modi will also participate in Navratri festival celebrations in Ahmedabad during his visit to Gujarat this week. 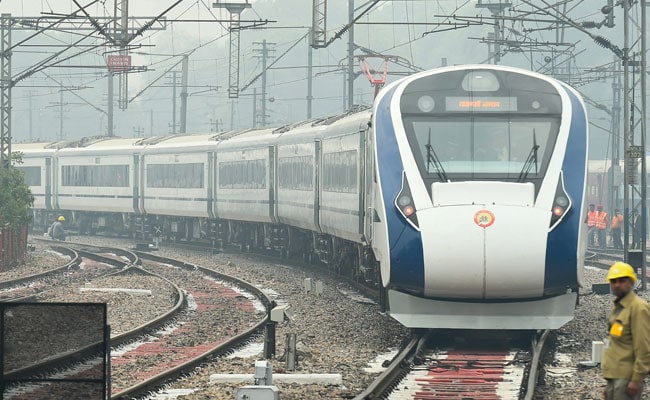 PM Modi will flag-off the Vande Bharat Express during his visit to Gujarat this week. (Representational)

Prime Minister Narendra Modi will flag off Gandhinagar-Mumbai Vande Bharat Express and Ahmedabad Metro rail, and lay foundation stones for several projects worth more than Rs 29,000 crore during his two-day visit to poll-bound Gujarat from September 29.

An official statement said the projects are spread across Surat, Bhavnagar, Ahmedabad and Ambaji, and are aimed at developing world-class infrastructure and enhancing mobility and ease of living.

Gujarat is slated for assembly elections later this year, with the ruling BJP making all out efforts to register a thumping win and continuing its winning streak in the state since 1995.

The total cost of projects to be inaugurated in Surat is more than Rs 3,400 crore. At Bhavnagar, PM Modi will lay the foundation stone and inaugurate multiple developmental initiatives worth over Rs 5,200 crore.

Among the infrastructure projects to be inaugurated by PM Modi is the Phase-I of the Ahmedabad Metro project. He will also flag-off the Gandhinagar-Mumbai Central Vande Bharat Express.

The statement said the Prime Minister will also take a ride on the Vande Bharat Express to Kalupur railway station on September 30.

After flagging off the Ahmedabad Metro rail project, he will take a metro ride from Kalupur station to Doordarshan Kendra station. PM Modi will also lay the foundation stone of the world's first CNG Terminal at Bhavnagar and declare open the 36th National Games, which are being held for the first time in Gujarat.

The Prime Minister's engagements also include inaugurating Phase I of DREAM City - a project aimed to complement the rapid growth of the diamond trading business in Surat.

He will also lay the foundation stone of a broad gauge railway line, which will make it easier for pilgrims to travel to Ambaji. PM Modi will visit the Ambaji temple and pay obeisance there. He will also attend Maha Aarti at Gabbar Tirtha.

According to the statement, PM Modi will lay the foundation stones and dedicate development projects to the nation worth over Rs 7,200 crore in Ambaji.