The Rewa project has been acknowledged in India and abroad for its robust structuring and innovations. Its payment security mechanism for reducing risks to power developers has been recommended as a model to other states by the Ministry of New and Renewable Energy, it said. 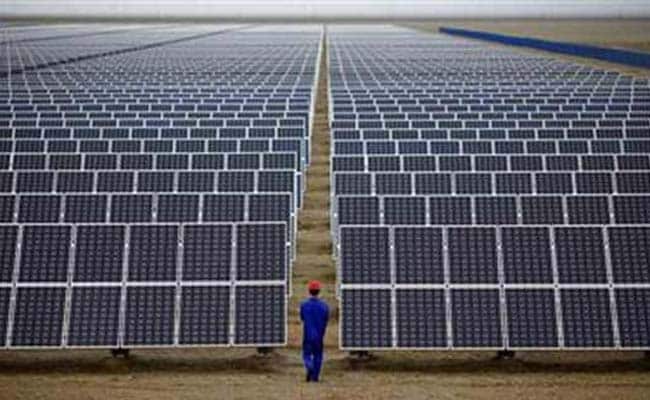 Prime Minister Narendra Modi will tomorrow dedicate to the nation a 750 MW solar project at Madhya Pradesh's Rewa, and Delhi Metro will be one of its institutional customer outside the state, the Prime Minister's Office said.

The project comprises three solar generating units of 250 MW each located on a 500-hectare plot inside a solar park.

"This project will reduce carbon emission equivalent to approximately 15 lakh tonne of CO2 per year," according to a PMO statement.

Prime Minister Modi will dedicate the solar project to the nation via video conference.

It is the first renewable energy project to supply to institutional customers outside the state, including Delhi Metro, which will get 24 per cent of energy from the project. The remaining 76 per cent is being supplied to the state distribution companies of Madhya Pradesh.

It also exemplifies India's commitment to attaining the target of gigawatt (GW) of installed renewable energy capacity by the year 2022, including 100 GW of solar installed capacity, the statement noted.

It is an example of the excellent results that can be achieved due to synergy between the central and the state governments, it said.

It was the first solar project in the country to break the "grid parity barrier".

Compared to solar project tariffs of approximately Rs 4.50 per unit in early 2017, the Rewa project achieved the first-year tariff of Rs 2.97 per unit with a tariff escalation of Rs 0.05 per unit over 15 years and a levelised rate of Rs 3.30 per unit over the term of 25 years, the statement explained.

The Rewa project has been acknowledged in India and abroad for its robust structuring and innovations. Its payment security mechanism for reducing risks to power developers has been recommended as a model to other states by the Ministry of New and Renewable Energy, it said.

It has also received World Bank Group President's Award for innovation and excellence and was included in the Prime Minister''s ''A Book of Innovation: New Beginnings''.

Central financial assistance of Rs 138 crore has been provided to RUMSL for development of the park.