Soon after his arrival in Dehradun, Prime Minister Narendra Modi will inaugurate seven developmental projects and lay foundation stones of 11 others, all totalling worth over Rs 18,000 crore after which he will start his address around 1 pm. 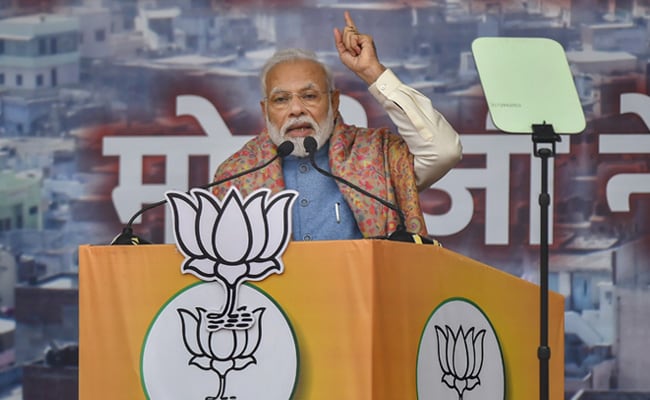 Prime Minister Narendra Modi is to kickstart the poll campaign for the upcoming Uttarakhand assembly elections by addressing a rally in Dehradun on Saturday.

Soon after his arrival, he will inaugurate seven developmental projects and lay foundation stones of 11 others, all totalling worth over Rs 18,000 crore after which he will start his address around 1 pm.

Major projects to be inaugurated by Prime Minister Modi include the 120-MW Vyasi hydroelectricity project and a 38-km long stretch of all-weather Chardham road project between Devprayag and Shrikot on NH-58.

Besides this, he will also inaugurate the widened 33-km stretch between Brahmapuri and Kaudiyala on the Rishikesh-Badrinath national highway which is also part of the all-weather road project.

The 11 developmental projects whose foundation stones will be laid by PM Modi include the Delhi-Dehradun Expressway which will reduce the distance between the two cities from 248 km at present to 180 km. The PM will also lay foundation stones for other infrastructural projects worth Rs 220 crore for Badrinath.

The infrastructural projects to be inaugurated by the Prime Minister will prove to be a milestone in the development of the state, Chief Minister Pushkar Singh Dhami said.

They will help in the industrialisation of hill areas, rein in migration and strengthen the state's economy, benefiting the tourism sector immensely, Mr Dhami said.

The BJP which expects a turnout of more than one lakh people at the PM's rally has thrown all its might into making it a grand success.

Uttarakhand BJP's general secretary Ajay Kumar held a meeting with presidents of the party's different morchas on Friday to take their feedback on ongoing preparations for the rally and issued necessary directions to them.

Mr Dhami himself has been visiting the venue regularly for the past few days to review the progress.

The Prime Minister's rally has generated great enthusiasm among party workers as it is going to be a historic rally, Mr Kaushik said.