PM Modi described Rajya Sabha clearing two of the three big ticket farm bills of the government as a "watershed moment in the history of Indian agriculture". 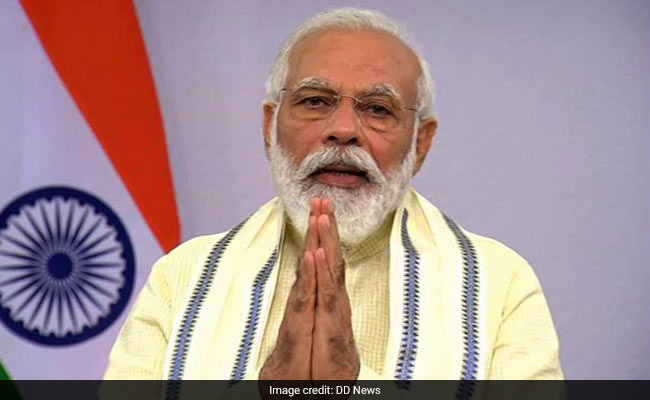 Agri Bills 2020: PM Modi congratulated farmers for the passing of the bills.

Prime Minister Narendra Modi on Sunday said the passing of the farm bills in parliament was a "watershed moment in the history of Indian agriculture" as he hailed the laws cleared by the Rajya Sabha amid major chaos and drama.

"A watershed moment in the history of Indian agriculture! Congratulations to our hardworking farmers on the passage of key bills in Parliament, which will ensure a complete transformation of the agriculture sector as well as empower crores of farmers," he tweeted.

For decades, the Indian farmer was bound by various constraints and bullied by middlemen. The bills passed by Parliament liberate the farmers from such adversities. These bills will add impetus to the efforts to double income of farmers and ensure greater prosperity for them.

Our agriculture sector is in desperate need of latest technology that assists the industrious farmers. Now, with the passage of the bills, our farmers will have easier access to futuristic technology that will boost production and yield better results. This is a welcome step.

I said it earlier and I say it once again:

System of MSP will remain.

We are here to serve our farmers. We will do everything possible to support them and ensure a better life for their coming generations.

Two of the three big ticket farm bills of the government were passed in Rajya Sabha by voice vote amid unprecedented uproar and protests.

The opposition claimed the government did not have the numbers and to cover it up, all rules were violated as some members raised slogans, tore documents and tried to grab the speaker's microphone.

"This does not end here," said Trinamool Congress's Derek O'Brien, terming it a "murder of democracy". All the opposition MPs are sitting in protest inside the house, hampering the sanitization operations before the Lok Sabha session which begins at 3 pm.

"They cheated. They broke every rule in Parliament. It was a historic day. In the worst sense of the word. They cut RSTV feed so the country couldn't see. They censored RSTV. Don't spread propaganda. We have evidence," Derek O'Brien tweeted.

The agricultural bills have faced strong protests from the opposition and from farmers, especially in north India, who say they will hurt their earnings but the government maintains that they will make it easier for farmers to sell their produce directly to big buyers.