Indian Media Must Go Global, The World Is Listening To Us: PM Modi

PM Modi said Indian media also needs to go global at a time when the country enjoys a "very strong presence" at almost every international body. 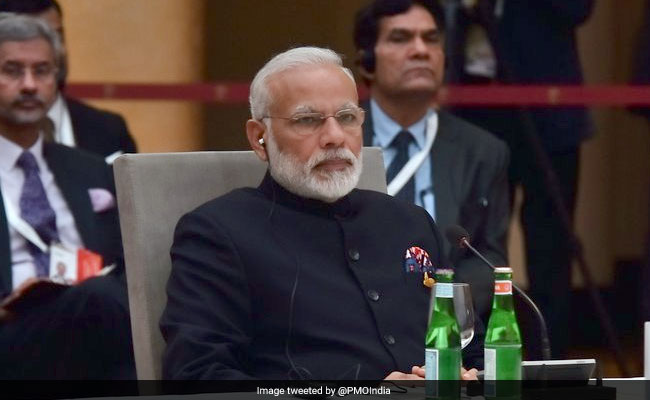 Prime Minister Narendra Modi said today that not only Indian products, but India's voice too is becoming more global with the world paying more attention to the country.

"Our newspapers and magazines should have global reputation. We should reach digitally across the world in this digital age. Indian institutions should give away literary awards like they are given in different parts of the world. This is the need of the hour and necessary for the country," he said.

The Prime Minister also lauded the country's media for serving people in an "unprecedented way" by spreading awareness on the COVID-19 pandemic and by analysing government works and pointing out their shortcomings.

Though the media is also criticised at times, more so in this age of social media, but everybody needs to learn from criticism, he said, adding this is what makes India's democracy strong.

Be it his government's campaign to build toilets or 'Swachh Bharat' mission or 'Ujjwala' scheme, which gives cooking gas cylinders free to poor women, or the project to supply piped water to every household, the media has worked to spread awareness, the Prime Minister said, while also lauding it for its role in shaping the 'Aatmanirbhar Bharat' mission.

Praising Mr Kothari's books - 'Samvad Upanishad' and 'Akshar Yatra', for their attempt to preserve and promote Indian culture, traditions and philosophy, he hoped that the current generation which "depends on Google guru" will read them.

"In this age of text and tweet, it is more imperative that our new generation is not weaned away from gaining serious knowledge," he said, asking people to keep a place in house for books and reading them in the same way they reserve some space for worship.

Family members should inculcate the habit of reading books by spending some time reading a few pages everyday, he said.

PM Modi said Vedas and Upanishads were not merely confined to spiritual or philosophical wisdom and that they also offer insights into the universe and science.