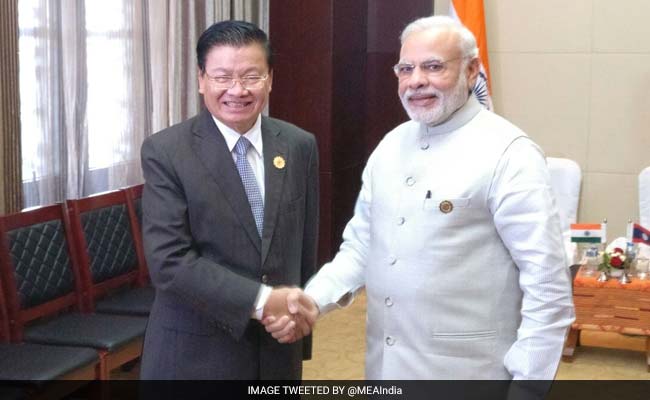 PM Modi is also scheduled to have meetings with Nobel laureate Aung San Suu Kyi, who is the State Counsellor and Foreign Minister of Myanmar, and US President Barack Obama later in the day.

Promoted
Listen to the latest songs, only on JioSaavn.com
The India-ASEAN Summit today will be attended by leaders of 10 southeast Asian nations - Indonesia, Malaysia, the Philippines, Singapore, Brunei, Cambodia, Laos, Myanmar, Vietnam and Thailand.

The East Asia Summit later in the day will be attended by leaders of the 10 ASEAN nations and those of India, China, Japan, South Korea, Australia, New Zealand, the US and Russia.