The prime minister said he looks forward to speaking about the growing trade and investment opportunities for global investors in India. 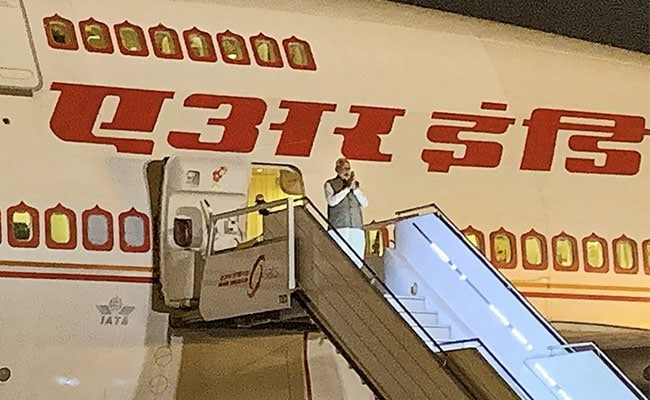 Ahead of his visit to Saudi Arabia, Prime Minister Narendra Modi said on Monday establishment of Strategic Partnership Council will further elevate the relations between the two countries.

The prime minister is leaving for Saudi Arabia tonight at the invitation of King Salman bin Abdulaziz Al-Saud to attend the Plenary Session of the 3rd Future Investment Initiative Forum being held in Riyadh.

During his visit, PM Modi will hold bilateral discussions with the King of Saudi Arabia on Tuesday.

"I will also meet and discuss with the Crown Prince of Saudi Arabia, Mohammed bin Salman several matters of bilateral cooperation as well as regional and global issues of mutual interest," PM Modi said before his departure.

India and Saudi Arabia have traditionally enjoyed close and friendly relations. Saudi Arabia has been one of the largest and reliable suppliers of India's energy needs, the prime minister said.

During his visit to New Delhi in February 2019, the Crown Prince had committed to invest over $100 billion in sectors of priority in India, PM Modi recalled.

Defence, security, trade, culture, education and people-to-people contacts are the other important areas of bilateral cooperation with Saudi Arabia, he said.

The prime minister said he also looks forward to his participation in the Future Investment Initiative Forum where he will speak about the growing trade and investment opportunities for global investors in India as the country marches forward with a goal to become a $5-trillion economy by 2024.

Army Jawan Killed In Nagaland Violence Was From Uttarakhand's Tehri