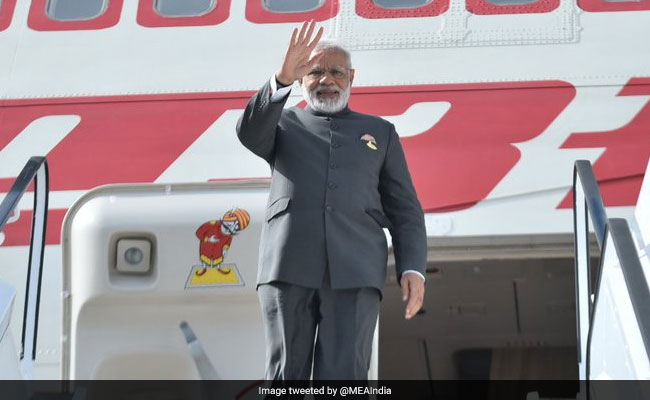 Hamburg: Prime Minister Narendra Modi today left for home after concluding his engagements at the G20 Summit in Germany, where the theme this year was 'Shaping an Inter-connected World'.

PM Modi had flown to Hamburg from Tel Aviv, Israel, on July 7 in what was the first visit of an Indian prime minister to the Jewish nation.

On the sidelines of the G20 Summit, Modi participated in an informal meeting with other BRICS leaders from Brazil, Russia, China and South Africa.

He also held an informal conversation with Chinese President Xi Jinping on "a range of issues" yesterday, amid a standoff between the armies of India and China in Sikkim sector.