PM Modi reached in Vladivostok to participate in the 20th India-Russia annual summit and the fifth meeting of the Eastern Economic Forum (EEF). 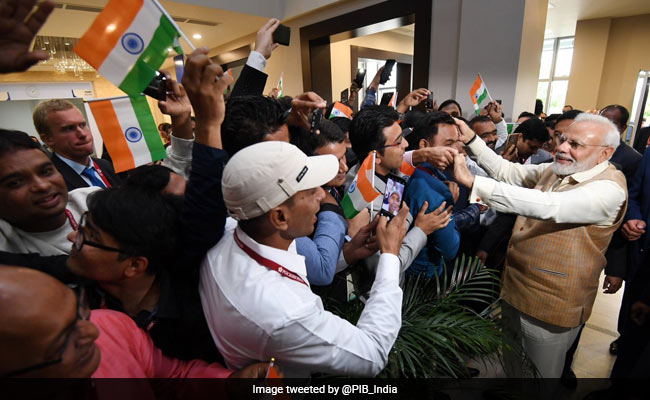 PM Modi was welcomed by the Indian community in Russia's Vladivostok.

PM Modi arrived in Vladivostok shortly before to participate in the 20th India-Russia annual summit and the fifth meeting of the Eastern Economic Forum (EEF).

PM Modi received a guard of honour at the Vladivostok International Airport in the presence of Russia's Deputy Foreign Minister Igor Morgulov.

During the three-day visit, the Prime Minister is scheduled to hold talks with Russian President Vladimir Putin in which the two leaders will discuss bilateral, regional, and international issues of mutual interest.

Following this, the two sides will sign agreements in the fields of defence, trade, investments, industrial cooperation, energy and connectivity corridors.

In his departure statement ahead of his visit to Russia, PM Modi said that strong bilateral partnership is complemented bya desire to promote a multi-polar world and the two countries should cooperate extensively in the strategic fields of defence, civil nuclear energy and peaceful uses of space.