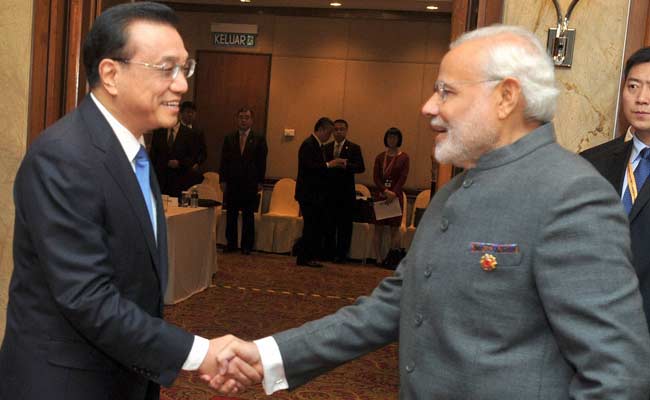 Beijing: Terming Chinese Premier Li Keqiang his "friend", Prime Minister Narendra Modi said he had "wide ranging talks" on bilateral issues with him during their meeting at Kuala Lumpur.

"Happy to meet my friend, Premier Li Keqiang. We had wide-ranging talks on India-China ties during our meeting. Here is a picture," Prime Minister Modi said in post on Chinese Sina Weibo microblog today.

He has also posted a photo of him shaking hands at the meeting  on Saturday held on the sidelines of the ASEAN (Association of South East Asian Nations) meeting in Kuala Lumpur.

The Prime Minister opened his account on Weibo, akin to Twitter, ahead of his visit to China in May this year.

Since then he has been regularly updating his account with posts greeting Chinese on their festivals and his meetings with various Chinese officials visiting India.

Citing China's "Made in China 2025" and "Internet Plus" drives and India's "Make in India" and "Digital India" programmes, Li pointed out that the two countries have compatible development strategies and bilateral cooperation enjoys bright prospects.

Beijing, he said, also looks forward to strengthening coordination with New Delhi on multilateral affairs and jointly tackling terrorism and other global challenges.

China, he said, also stands ready to join hands with India to beef up cooperation in trade and investment, infrastructure construction and financial services, and broaden people-to-people exchanges, so as to further consolidate public support for bilateral relations.

Meanwhile, China is willing to work with India to strive for "early harvests" in the construction of the Bangladesh-China-India-Myanmar Economic Corridor, he said.