Home Minister Amit Shah is making a statement in parliament on Jammu and Kashmir after a cabinet meeting at Prime Minister Narendra Modi's residence this morning amid turmoil in the state and an unprecedented lockdown that included the midnight house arrest of politicians like former chief ministers Mehbooba Mufti and Omar Abdullah.

Amit Shah is speaking first in the Rajya Sabha and will later speak in the Lok Sabha.

There were reports that the Home Minister's statement could be on the Jammu and Kashmir Reservation (Second Amendment) Bill, 2019, which is relatively tame, as a contrast to speculation around plans to scrap Article 35A, which gives the state the right to decide its permanent residents and grant them special rights and privileges in public sector jobs, on buying property in the state, scholarships and other public aid and welfare.

The meetings are hugely significant against the backdrop of the turmoil in Jammu and Kashmir, where there has been a massive build-up of troops over the weekend. On Friday, the government, in a highly unusual advisory, asked Amarnath Yatra pilgrims and tourists to leave the state "immediately", spiking fear in the Valley, where residents rushed to stock up on essentials and fuel. 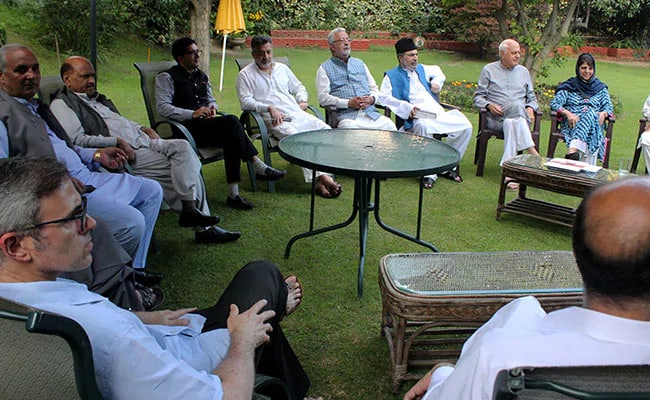 Omar Abdullah, Mehbooba Mufti and Sajad Lone were all placed under house arrest on Sunday night

The restrictions have spurred apprehensions among Jammu and Kashmir politicians that there may be plans to modify special status granted to the state under the constitution through Article 35A and Article 370. The ruling BJP has been unambiguous in opposing both articles in its poll manifestos.

Among the politicians who had expressed concern on Sunday was Omar Abdullah. The National Conference leader had questioned whether the centre's action of halting the Amarnath Yatra and recalling tourists from the state was a sign of bigger things to come.

All major political parties in the state met at the residence of his father Farooq Abdullah, National Conference chief, to discuss the centre's actions in the Valley and their fear that they may be part of a larger effort to repeal the state's special status. 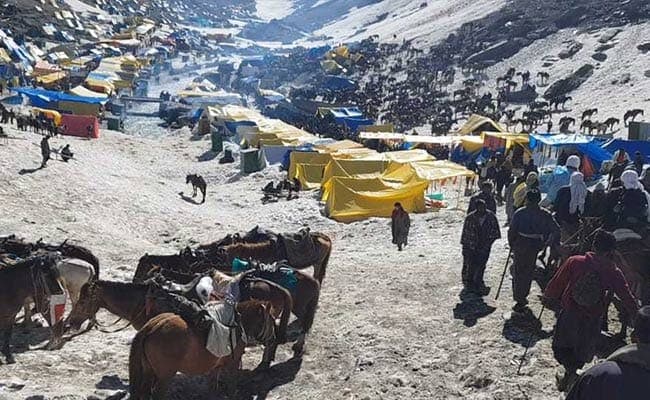 Farooq Abdullah, reading out a resolution adopted at the meeting, said the parties will send delegations to meet President Ram Nath Kovind as well as PM Modi to apprise them about the "consequences" of any attempt to tinker with Article 370 and Article 35A of the Constitution, or carry out delimitation of constituencies or trifurcation of the state.

"I believe I'm being placed under house arrest from midnight tonight and the process has already started for other mainstream leaders. No way of knowing if this is true but if it is then I'll see all of you on the other side of whatever is in store. Allah save us," tweeted Omar Abdullah.