PM Modi called on the global community to unite against terrorism for the sake of humanity and the principles that the United Nations was founded on. 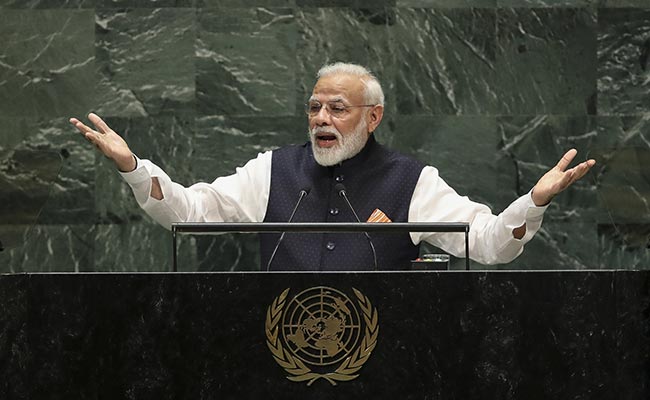 This was PM Modi's first address to the UNGA after the BJP's victory in the recent Lok Sabha polls.

United Nations: Prime Minister Narendra Modi outlined India's growing influence on the global stage and the steps it has taken to address the issues of development, peace and security in his address at the 74th session of the United Nations General Assembly (UNGA) today. India had earlier clarified that the Kashmir issue will not feature in PM Modi's address, given that the scrapping of its special status under Article 370 last month was an "internal matter" that does not warrant discussion at the international body.

Here are the top five quotes from PM Modi's address at the 74th session of the UNGA.