Jairam Ramesh, who is Congress's general secretary in-charge of its communication, publicity and media department, was speaking to reporters at Nazarpur in Ujjain district of Madhya Pradesh during the party's Bharat Jodo Yatra. 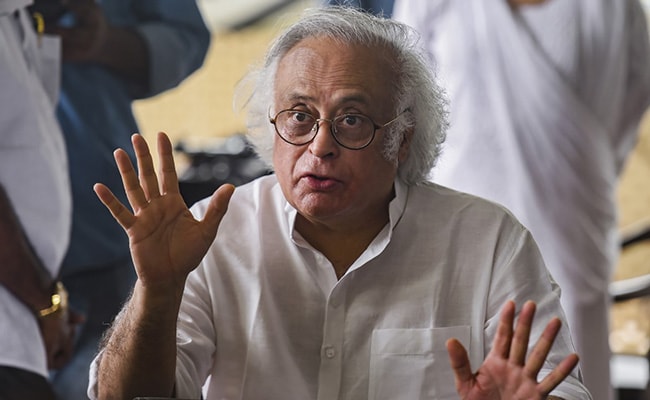 He said the yatra will reach Delhi on December 24, where it will take a break of five days.

Senior Congress leader Jairam Ramesh today alleged that Prime Minister Narendra Modi's policies were creating economic disparity, social hostility and political dictatorship, which would break the country in future, and asserted that the sole purpose behind Rahul Gandhi-led Bharat Jodo Yatra was to ensure that it did not happen.

Ramesh, who is Congress's general secretary in-charge of its communication, publicity and media department, was speaking to reporters at Nazarpur in Ujjain district of Madhya Pradesh during the party's Bharat Jodo Yatra.

"Because of Modi's policies of economic disparity, social hostility and political dictatorship, the country is going to break in future and the Bharat Jodo Yatra being taken out by Rahul Gandhi will ensure that it will not happen," he said.

Answering a question about the reason behind Union civil aviation minister Jyotiraditya Scindia leaving the Congress in 2020, Ramesh said he quit the party just to become a central minister and to get back the 27, Safdarjung Road bungalow in the national capital.

"There was no other motive behind it," he said in response to a query.

Ramesh said the yatra will reach Delhi on December 24, where it will take a break of five days.

The break is essential as the vehicles and containers running with the yatra needed to be serviced for the onward journey, he said.

After entering Rajasthan, a public rally will be held in Alwar town, he said.

Speaking on the occasion, former Madhya Pradesh finance minister Tarun Bhanot said that in a short span of 15 months (till March 2020), the government led by his party in the state tried to fulfil various promises, including providing 100 units of electricity at Rs 100.

The Kamal Nath-led Congress government in MP collapsed in March 2020 after 22 MLAs loyal to Scindia quit the grand old party along with him.

Bhanot said the party's manifesto will be historic in 2023, when the state will witness Assembly polls.

After resuming yatra in the morning, Gandhi and his entourage took a halt in Nazarpur village. It will resume at 3.30 PM from Ghatiya bus stand and reach Ghosla Fata Rupakhedi Jod in Ujjain district.

The yatra will stay overnight at Jhalara village in the district, party sources said.

The foot march will cover a distance of 380 km in the politically crucial Malwa-Nimar region of western Madhya Pradesh within 12 days before entering Rajasthan on December 4, as per the itinerary announced by the party.

While passing through Ujjain, Gandhi visited the famous Lord Mahakal temple, one of the 12 'jyotirling' sites in the country. Prior to that, he had also worshipped at Omkareshwar temple, another 'jyotirling' site in Khandwa district.