The government announces MSPs for most crops, but state agencies mainly buy limited quantities of staples at those prices, restricting benefits of higher prices to only around 7 percent of farmers, according to various studies. 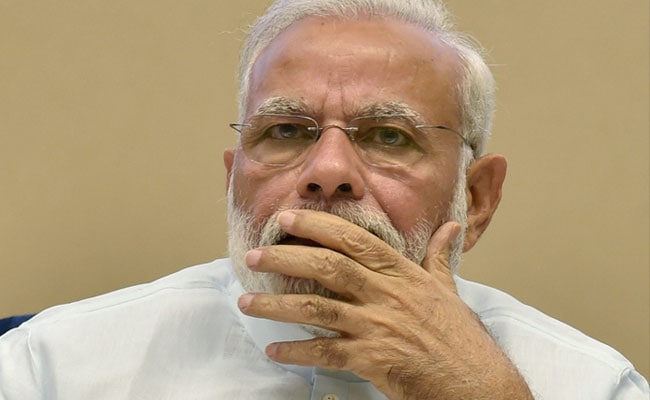 Prime Minister Narendra Modi's pre-election gambit to sharply hike state-mandated prices for summer crops, including rice, may mean little to millions of farmers, as the government lacks the storage and funds needed to buy most of the produce.

The median increase in the so-called minimum support prices (MSPs) approved by the government on Wednesday was 25 percent, compared with 3-4 percent in the first four years in office for PM Modi, whose bid for a second term next year is expected to be much tougher than his landslide victory in 2014.

The government announces MSPs for most crops to set a benchmark, but state agencies mainly buy limited quantities of staples such as rice and wheat at those prices, restricting benefits of higher prices to only around 7 percent of the country's 263 million farmers, according to various studies.

Implementing the scheme in full would be expensive, economists say. The government's fiscal deficit target for the current financial year, at 3.3 percent of GDP, is already under pressure due to high oil prices.

"With funding under stress, the government can't widen the scope of agri purchases," said Sanjay Mookim, India equity strategist at Bank of America Merrill Lynch. "And even if it does, there is no storage available and you can't build storage in two-three months."

The ministries of agriculture and food did not immediately respond to requests for comment.

The government said its limited purchases could cost it Rs 150 billion this year, although industry officials say it is difficult to estimate actual spending, which depends on the quantity procured.

MSPs typically dictate crops that most farmers opt for, often leading to a glut of certain commodities, millions of tonnes of which have to be sold into a depressed local market at well below the cost of production, sparking angry farmer protests across the country.

"What's the use of a hike when we did not even get last year's MSP?" asked Purshotam Sontakke from a village in Wardha district in  Maharashtra, who sold soybean at Rs 2,700 per 100 kg in 2017, 11 percent below the state-set price.

A crash in farm commodity prices over the past few months has led to a waning of PM Modi's popularity in the countryside - where more than two-thirds of India's 1.3 billion people live - prompting the premier to invite a group of farmers to his residence last week and promise MSPs at 1.5 times of input cost.

He called the latest hike historic and said he was committed to do more for farmers. His stated goal is to double farmer's income by 2022.

State agencies bought only 71 million tonnes of wheat and rice in 2017/18 out of 210 million tonnes produced. In the same year, the country produced hundreds of millions of tonnes of oilseeds and horticulture crops like onion and potatoes, which are not typically procured by the government.

The food ministry told parliament in March that the peak storage demand for food grains like rice and wheat was 60 million tonnes for the central pool, compared with a capacity of 73.5 million tonnes, 17 percent of which was open storage covered by plastic or other material.

The ministry says on its website that the government will add more storage capacity by 2020.

"Higher MSPs are welcome but there is inadequate public procurement at MSP, except in the case of wheat and rice," said M.S. Swaminathan, an renowned agriculture scientist.

"This is clear from the experience of farmers who cultivated more pulses, on the expectation of procurement but were let down by a crash in market prices."

During election campaigning in 2014, PM Modi promised steep hikes in MSPs and the doubling of farmers' income soon after becoming prime minister.

But double-digit food inflation and a higher fiscal deficit forced him to raise MSPs only by low single digits over the past four years. This year's hefty hike marked a major shift in the government's approach.

But Harish Galipelli, head of commodities and currencies at Inditrade Derivatives & Commodities in Mumbai, said farmers sold below MSP even last year and were likely to do so again given piles of grains and sugar lying in private warehouses.

The below-MSP rates, however, are as much as 30 percent higher than global prices for some commodities like pulses, making exports uncompetitive, Galipelli added.

The latest hike will only widen the difference and hit India's farm exports, which fell to $33 billion in 2016/17 from $42.6 billion in 2013/14, said the India head of a global trading firm who declined to be named citing company policy.

"The glut will only increase in the country with higher MSPs," he said.