Read inOther Languages
This Article is From Jun 14, 2020 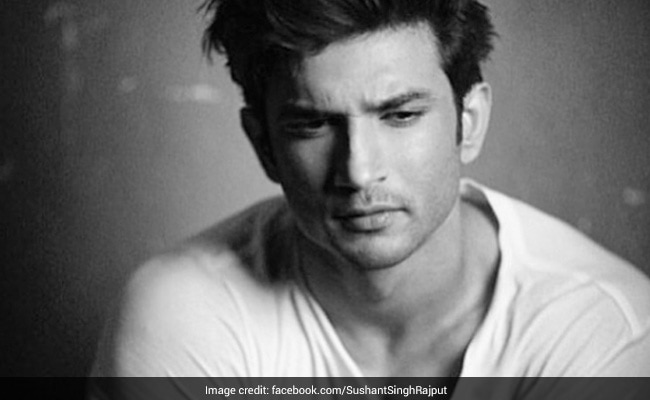 Prime Minister Narendra Modi joined the nation today in mourning actor Sushant Singh Rajput. The 34-year-old was found dead at his home in Mumbai's Bandra, the police said it was a case of suicide. As Bollywood poured out its shock and grief on Twitter, the political establishment also expressed condolences for the actor who rose to stardom seven years ago with Balaji's television show Pavitra Rishta.

"Sushant Singh Rajput...a bright young actor gone too soon. He excelled on TV and in films. His rise in the world of entertainment inspired many and he leaves behind several memorable performances. Shocked by his passing away. My thoughts are with his family and fans. Om Shanti," the Prime Minister tweeted.

Sushant Singh Rajput...a bright young actor gone too soon. He excelled on TV and in films. His rise in the world of entertainment inspired many and he leaves behind several memorable performances. Shocked by his passing away. My thoughts are with his family and fans. Om Shanti.

Many others from PM Modi's cabinet also tweeted, among them Union minister Ravi Shankar Prasad, shared his hometown Patna with the actor.

"Shocked to learn that super talented actor #SushantSinghRajput is no more.He was from my city Patna. Remember meeting him in Rashtrapati Bhawan during oath taking ceremony last year. He had told me that his family lived in Rajiv Nagar,Patna. He had miles to go. He left too soon," Union Minister Ravi Shankar Prasad tweeted.

Anguished to learn about the sad and untimely demise of the young and very talented actor Sushant Singh Rajput. He will always be remembered for his contribution to Indian cinema. My deepest condolences to his family, friends and followers.

"I have no words , no understanding of why you left the way you did. From a bright young kid who came to Balaji to a star who made the Nation swoon.. you had come a long way and had many more miles to go. You will be missed #SushantSinghRajput gone too soon," her post read.

Sushant Singh Rajput, who later became known for films like MS Dhoni: The Untold Story, where he played the title role, Detective Byomkesh Bakshyi and Chhichhore, made his mark in 2013 with Balaji's television show Pavitra Rishta.

his last film, Dil Bechara, co-starring Saif Ali Khan, was to be released in May but had to be postponed because of the lockdown following the coronavirus outbreak .

His last post on Instagram was a tribute to his late mother a week ago. "Blurred past evaporating from teardrops, unending dreams carving an arc of smile And a fleeting life, negotiating between the two," the post read.

A statement released by the actor's team said, "It pains us to share that Sushant Singh Rajput is no longer with us. We request his fans to keep him in their thoughts and celebrate his life, and his work like they have done so far. We request media to help us maintain privacy at this moment of grief."