PM Modi To launch Projects Worth 41,000 Crore In Maharashtra

The PM will lay the foundation stone for the Thane-Bhiwandi-Kalyan metro 5 and Dahisar-Mira Bhayander metro-9 at Kalyan in adjoining Thane district. 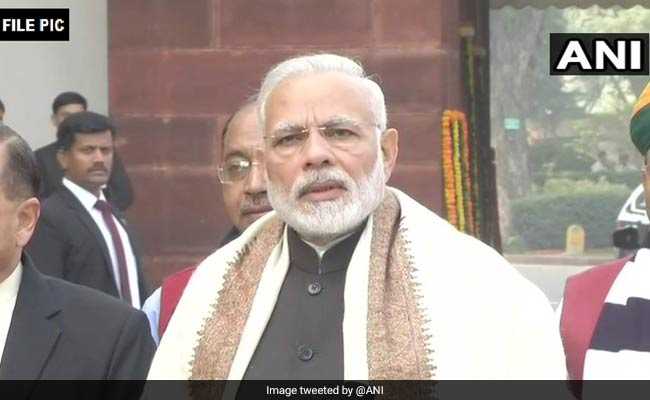 PM Modi will fly to Delhi from Pune on Tuesday night, an official said. (File)

Prime Minister Narendra Modi will on Tuesday launch infrastructure and housing projects worth about Rs 41,000 crore in Maharashtra, officials said.

Soon after reaching Mumbai Tuesday morning, PM Modi will attend an event organised by a TV channel and will release the book 'Timeless Laxman' at Raj Bhavan later.

The PM will then lay the foundation stone for the Thane-Bhiwandi-Kalyan metro 5 and Dahisar-Mira Bhayander metro-9 at Kalyan in adjoining Thane district.

PM Modi will then proceed to Pune, where he will lay the foundation stone for the third metro line between Hinjewadi and Shivajinagar, being implemented by the Pune Metropolitan Region Development Authority on a public-private partnership basis.

The Rs 8,416-crore 24.9-km long Thane-Bhiwandi-Kalyan metro-5 corridor is expected to carry around 2.29 lakh commuters daily in 2021, with the entire system designed for six-coach trains. The corridor will have 17 stations.

The 10.3-km elevated Dahisar-Mira Bhayander metro-9 corridor, comprising eight stations, is expected to be completed by 2022, and the cost of the project is estimated at Rs 6,607 crore.

Both the projects are being executed by the Mumbai Metropolitan Region Development Authority (MMRDA).

The metro-9 will be integrated with metro-7 (Dahisar to Andheri) and metro-2A (Dahisar and DN Road) and the Rs 3,600-crore Gaimukh-Shivaji Chowk (Mira Road) metro-10.

Of the total project cost for metro-9, the cost of land acquisition, resettlement and rehabilitation and civil works will be met by the state government and MMRDA, which is Rs 4,967.75 crore, while the cost of rolling stock and systems, which is Rs 1,639.25 crore, is proposed to be met from loan assistance of JICA (Japan International Cooperation Agency), an MMRDA official said.

The tendering process to appoint general consultants and contractors for civil works is in progress, and expected to commence from March, the official said.

"Currently, the Mira-Bhayander suburbs are connected to Mumbai via the suburban railways. After metro-9 corridor is constructed, commuters will be able to take metro up to Mira-Bhayander from south Mumbai," he said.

Work on several metro corridors is underway across the megapolis, including Dahisar to DN Nagar metro-2A, DN Nagar to Mankhurd metro-2B, Andheri (East) to Dahisar metro-7 and Colaba-Bandra-Seepz metro-3.

The Rs 8,313-crore 23-km long third metro line in Pune between Hinjewadi and Shivajinagar will connect the busy information technology (IT) part with Shivajinagar, where the other two metro lines will also join.

PM Modi will fly to Delhi from Pune on Tuesday night, an official said.