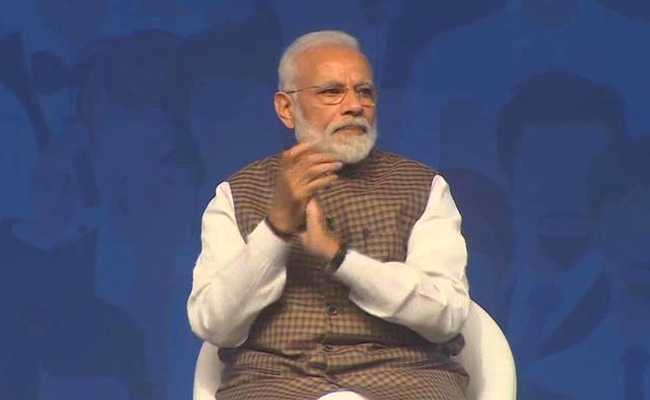 Prime Minister Narendra Modi is now speaking at BJP's big "Main Bhi Chowkidar event in New Delhi. AT the event, the PM said," During 2014 elections, I was new to India. I had some familiarity as a Chief Minister. My detractors had publicised me. People were asking  who is he. In between this, the BJP gave me mandate and I got to travel across the nation. I said, have faith that the responsibility you are giving me, you're making a chowkidar sit."

Meanwhile, Congress President Rahul Gandhi will be contesting from Wayanad, Kerala as his second Lok Sabha seat. The party has already announced his candidature from its bastion Amethi, Uttar Pradesh. The announcement was made by senior Congress leader AK Antony at a press conference.

Later in the day, PM Modi will address the biggest town hall programme at the Talkatora Stadium at 5 PM today. As many as 5,000 people are expected to attend the town hall. At the same time, PM Modi will interact with lakhs of people across the country, through video conferencing set up at more than 500 locations across the country. PM Modi on twitter said, "The day we were most looking forward to is here! At 5 PM, lakhs of Chowkidars from different parts of India will interact in the historic Main Bhi Chowkidar programme. This is an interaction you must not miss."

Highlights of latest developments in the run-up to the Lok Sabha elections 2019:

Mar 31, 2019 18:34 (IST)
Will not let anyone paw at your money, PM Modi assures people
I will not let anybody paw at the your money under my guard. It is my responsibility as the chowkidar to make sure that the nation's wealth is safe, PM Modi said.
Mar 31, 2019 18:06 (IST)
Prime Minister on "Mission Shakti"
With success of Mission Shakti, our scientists have achieved a great feat. Till now only three countries had such a capability. It is due to our scientists that India has entered the elite club of space powers
Mar 31, 2019 18:02 (IST)
PM Modi on Balakot
India salutes our brave security forces for successful operations in Balakot. I have complete trust in our forces and that is why, I gave our forces a free hand to act.
Mar 31, 2019 17:58 (IST)
World leaders see 125 crore Indians through me
When a leader in the world shakes hands with me, he does not see only Narendra Modi. He sees 125 crore Indians. It is a matter of equivalence.
Mar 31, 2019 17:55 (IST)
Absolute majority of government very important, says PM Modi
People gave absolute majority to someone like me 30 years later. The political parties of our country do not even know that the absolute majority of the government is very important in itself.
Mar 31, 2019 17:23 (IST)
Will deliver my responsibility as chowkidar, says PM Modi
During 2014 elections, I was new to India. I had some familiarity as a Chief Minister. My detractors had publicised me. People were asking  who is he. In between this, the BJP gave me mandate and I got to travel across the nation. I said, have faith that the responsiblity you are giving me, you're making a chowkidar sit." 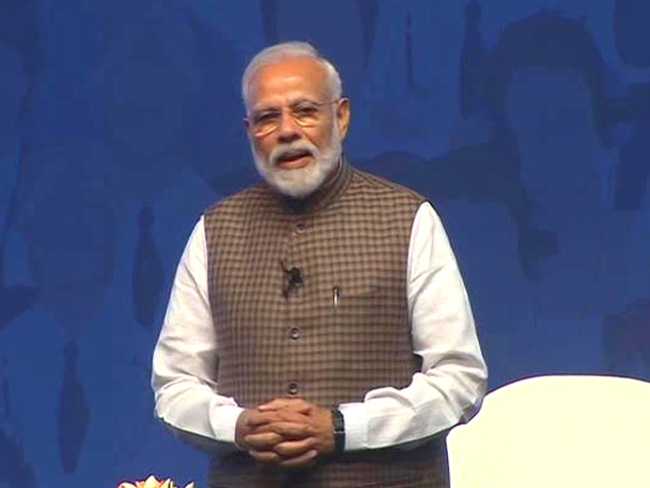 Mar 31, 2019 15:00 (IST)
CPI(M) General Secretary Sitaram Yechury on Rahul Gandhi contesting from Wayanad: We are very clear, this election is an important one, that will decide whether a secular democracy will survive or not. Removing BJP is our priority.
Mar 31, 2019 14:57 (IST)
"Will Work To Defeat Rahul Gandhi" In Wayanad, Says CPM's Prakash Karat 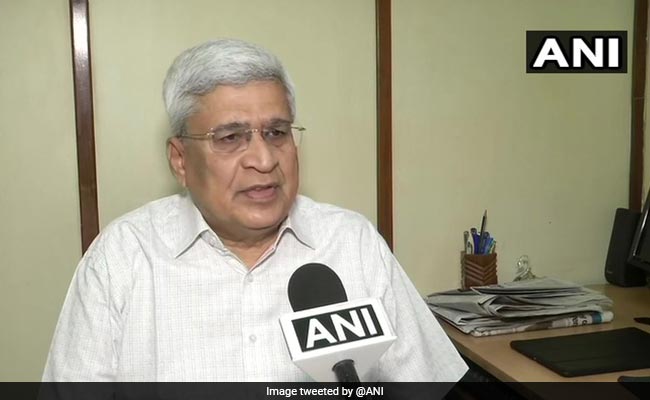 Mar 31, 2019 14:41 (IST)
Uttar Pradesh Chief Minister Yogi Adityanath in Ghaziabad said, "Congress offers biryani to terrorists and PM Modi's army offers bullets. Congress refers to terrorists like Masood Azhar as 'ji' and encourages them to do violence. That is the difference between us."
Mar 31, 2019 14:36 (IST)
Union Minister Maneka Gandhi on Rahul Gandhi contesting from Amethi and Wayanad said All I know is we will win from both the seats.
Mar 31, 2019 14:15 (IST)
BJP released a list of four candidates in Gujarat for the upcoming Lok Sabha elections.

BJP releases list of 4 candidates in Gujarat for #LokSabhaElections2019 . One candidate for by-election to Talala assembly constituency also announced. pic.twitter.com/pTiPY3kvny

Mar 31, 2019 14:00 (IST)
BJP chief Amit Shah ridiculed Congress president Rahul Gandhi's decision to contest from Wayanad Lok Sabha constituency, saying he has "fled" to Kerala fearing that Amethi voters will seek an account of work done by him and his party over the years.
Mar 31, 2019 13:40 (IST)
Andhra Pradesh: Earlier visuals of preparation from Vishakhapatnam where TDP is holding a public rally today

Prakash Karat, CPI(M) ex-General Secy: Decision of Congress to field Rahul Gandhi from Wayanad shows their priority now is to fight against Left in Kerala. It goes against Congress' national commitment to fight BJP, as in Kerala it's LDF which is the main force fighting BJP there pic.twitter.com/S3AShzSQpZ

Mar 31, 2019 11:26 (IST)
In a press conference at Congress' headquarters in New Delhi, AK Antony announced Rahul Gandhi's decision to fight the forthcoming lok sabha elections from Wayanad constituency in Kerala. Elaborating on the party chief's decision, Randeep Surjewala cited the "geographical importance" of Wayanad and said that the decision was taken to fight the "discriminatory" attitude of the BJP towards the southern states in India. He also added, why did Modi ji leave Gujarat and is contesting from Varanasi? Was he not confident in Gujarat? Same allegations could have been made when Narendra Modi left Gujarat.These are immature and childish comments Smriti Irani lost Chandni Chowk and Amethi. Now she is prepped up for losing again in Amethi.
Mar 31, 2019 11:11 (IST)
Rahul Gandhi to contest Lok Sabha elections from two places. He will contest both from Wayanad parliamentary constituency in Kerala along with Amethi.
Mar 31, 2019 10:11 (IST)

Former Bihar minister Manju Verma who is out on bail in Muzaffarpur shelter home case seen on stage during Union Minister and NDA candidate Giriraj Singh's rally in Begusarai yesterday. Verma had been arrested under arms act linked to the Muzaffarpur case pic.twitter.com/pYPWOBZDMv Mar 31, 2019 10:01 (IST)
Confirming that his party has buried the hatchet with the BJP, Shiv Sena chief Uddhav Thackeray on Saturday showered praise on Prime Minister Narendra Modi while terming the united opposition as a "headless" bunch. "There were differences with the BJP, but they have been overcome. All the controversies have come to an end. Hindutva and nationalism are the ideological core of both the parties," he said at a public event held ahead of BJP chief Amit Shah's nomination in Gujarat's Gandhinagar.
Mar 31, 2019 09:57 (IST)
Bhim Army chief Chandrashekhar Azad on Saturday launched his Lok Sabha poll campaign, holding a roadshow in Prime Minister Narendra Modi's constituency Varanasi and declaring that the countdown to his defeat has begun. Commencing his roadshow from the Kutchehri crossing after garlanding a statue of BR Ambedkar, the Dalit leader alleged the PM had only favoured the rich by waiving their loan worth billions of rupees, but "harassed" small borrowers and the poor.
Mar 31, 2019 09:56 (IST)
Delhi Chief Minister Arvind Kejriwal hit out at Prime Minister Narendra Modi over farmers' issues and alleged that he had "stabbed them in their back" by not fulfulling the promises made to them. The Aam Aadmi Party chief joined several leaders from the opposition parties at Jantar Mantar in New Delhi where thousands of farmers from across the country have gathered to press for their demands, including debt relief and remunerative prices for their produce.
Mar 31, 2019 09:54 (IST)
No Alliance With AAP, Rahul Gandhi's Decision Conveyed To Sheila Dikshit