Fifty-six years after the foundation stone for the Sardar Sarovar Dam was laid by then Prime Minister Jawaharlal Nehru in Narmada district's Kevadia, the dam, one of India's biggest, will be finally inaugurated by Prime Minister Narendra Modi on September 17, which is also his birthday, Gujarat Chief Minister Vijay Rupani said. 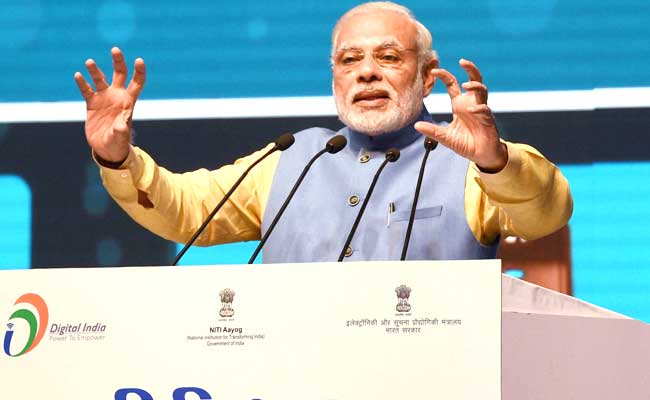 Ahmedabad, Gujarat: Fifty-six years after the foundation stone for the Sardar Sarovar Dam was laid by then Prime Minister Jawaharlal Nehru in Narmada district's Kevadia, the dam, one of India's biggest, will be finally inaugurated by Prime Minister Narendra Modi on September 17, which is also his birthday, Gujarat Chief Minister Vijay Rupani said.

"The Prime Minister will dedicate the Sardar Sarovar project to the nation after opening the 30 gates installed in it, which were closed on the directions of the Narmada Control Authority on June 17 this year," Mr Rupani told IANS.

The Narmada Control Authority had ordered the gates of the Sardar Sarovar Project be shut on June 16. The gates of the country's highest dam were closed the following day.

"It is the best gift for him on his birthday, as he has worked tirelessly for the dam to bring water in the parched areas of the state," Mr Rupani said.

Accusing the opposition Congress for delaying the Sardar Sarovar project, the Chief Minister said: "Before 2014, the UPA government did not give permission for seven years to install gates on the dam. And after Modiji became Prime Minster, the permission was granted in 17 days."

He also said that with the inauguration of the project, over 18 lakh hectares of land in the state would be benefitted with irrigation as Narmada water will flow to over 9,000 villages of Gujarat through a canal network.

"When Modiji came to power in 2014, within 17 days he gave permission for the installation of the gates, and it took three years to complete the installation of gates," a senior official associated with the work of Sardar Sarovar project told this visiting IANS correspondent.

Each gate weighs over 450 tonnes and it takes one hour to close them, the official said.

Explaining the characteristics of the Sardar Sarovar project, the official said that it is the biggest dam in terms of volume of concrete used in it.

"It is the second biggest dam in the world after the Grand Coulee Dam in the United States," he said.

The official said the 1.2-km-long dam which is 163 metres deep has till date produced 4,141 crore units of electricity from its two power houses -- river bed powerhouse and canal head powerhouse -- with an installed capacity of 1,200 MW and 250 MW, respectively.

"The dam has earned over Rs 16,000 crore -- more than double the cost of its construction," he said.

According to the SSP official, the power generated from the dam would be shared among three states -- Madhya Pradesh, Maharashtra and Gujarat.

Fifty-seven percent of the electricity produced from the dam goes to Maharashtra, while Madhya Pradesh gets 27 per cent and 16 per cent goes to Gujarat.

According to the SSP officials, it will irrigate 2,46,000 hectares of land in the strategically important desert districts of Barmer and Jalore in Rajasthan, and 37,500 hectares in the tribal hilly tract of Maharashtra. A special allocation of 0.86 million cubic feet (MAF) of water has been made to provide drinking water to 131 urban centres and 9,633 villages, which is 53 per cent of the total 18,144 villages of Gujarat.

Promoted
Listen to the latest songs, only on JioSaavn.com
The SSP which was inaugurated in 1961, got delayed due to several reasons. One of the main being the opposition to construction of the dam by the Narmada Bachao Andolan (NBA) led by social activist Medha Patkar. The construction work was suspended in 1996, after the NBA activists obtained a stay order from the Supreme Court, which highlighted environmental and rehabilitation issues.

It was only after the top court gave an order in October 2000 in favour of construction of the dam that work resumed. However, the top court had set a condition that permission to increase the dam height would be given in parts after the project-affected-people (PAP) are resettled or compensated.