PM Modi, President of the 14th session of the Conference of the Parties to the United Nations Convention to Combat Desertification, will address the high-level event. 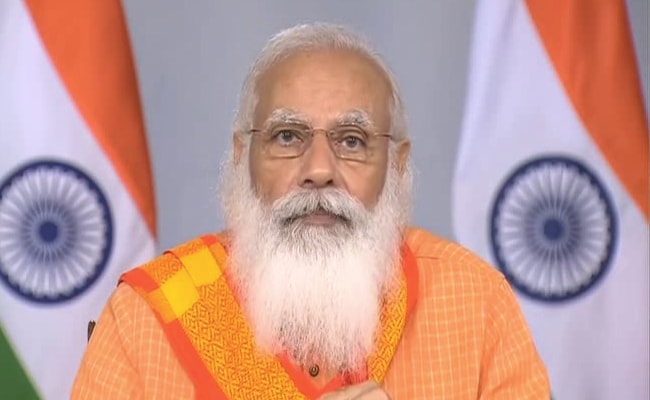 PM Modi will address a virtual high-level dialogue at the UN next week. (File)

Prime Minister Narendra Modi will address a virtual high-level dialogue on desertification, land degradation and drought at the UN convened by the President of the General Assembly next week.

PM Modi, President of the 14th session of the Conference of the Parties to the United Nations Convention to Combat Desertification (UNCCD COP14 President), will address the high-level event convened by President of the 75th session of General Assembly Volkan Bozkir with the support of the UNCCD on the morning of June 14, according to a media advisory issued here by the office of the General Assembly President.

The high-level event will also be addressed by Deputy UN Secretary-General Amina Mohamed, Undersecretary-General and Executive Secretary of the UN Convention to Combat Desertification Ibrahim Thiaw and Coordinator of the Association of Peul Women and Autochthonous Peoples of Chad (AFPAT) Hindou Oumarou Ibrahim as well as Heads of State and Government, ministers and senior UN officials.

Agricultural industry leaders, representatives from international organisations and civil society groups will also address the event that aims to assess the progress made in fighting land degradation and map the way forward on global efforts to revive and restore healthy land.

"Land is the foundation of our societies and is a cornerstone to global food security and environmental health, zero hunger, poverty eradication and affordable energy. It underpins the success of the entire 2030 Agenda for Sustainable Development," the advisory said.

PM Modi had inaugurated the high-level 14th session of the Conference of the Parties to the United Nations Convention to Combat Desertification in New Delhi in September 2019.

The Conference had adopted the Delhi Declaration in which parties encouraged the transition and increased access to energy in rural and urban communities in the context of projects aimed at combating desertification/land degradation and drought and achieving land degradation neutrality and resilience-building.

It also encouraged a proactive approach to reduce the risks and impacts of desertification/land degradation and drought through the implementation of drought preparedness plans and increased risk mitigation for drought and sand and dust storms.

The high-level dialogue next week will put the land restoration at the centre of the entire SDG agenda and for climate, biodiversity and disaster risk reduction, along the path to the UN Biodiversity Conference 15th meeting of the Conference of the Parties (CBD COP 15), United Nations Climate Change Conference (UNFCCC COP26), UNCCD COP15, and the 2021 Food Systems Summit.

"Globally, one-fifth of earth's land area - more than 2 billion hectares - is degraded, including more than half of all agricultural land. Unless we change how we manage soil, over 90 per cent could become degraded by 2050," the UN said.

"Land degradation negatively impacts one-fifth of the planet's land area and the livelihoods of 3.2 billion people, 40 per cent of the global population. It accelerates climate change and biodiversity loss, and contributes to droughts, wildfires, involuntary migration and the emergence of zoonotic infectious diseases," it said.

The UN added that one billion hectares can be restored over the next 10 years to reverse course, and power COVID-19 recoveries and provide livelihoods at a time when hundreds of millions of jobs are at risk.

The Dialogue aims to focus the international community's attention on land issues and generate political will for implementing land solutions within COVID-19 adaptation and recovery strategies.

It will encourage all member states to adopt and implement Land Degradation Neutrality targets and National Drought Plans, it said.

The advisory added that the event will also encourage member states, the private sector and all stakeholders to partner for land action, and to support the Land Degradation Neutrality Fund and other funding mechanisms to scale up land restoration by all sectors of society.

It will enable participants to share experiences and best practices, cutting-edge technologies and innovative business models that advance green, resilient and inclusive recovery strategies, it said.