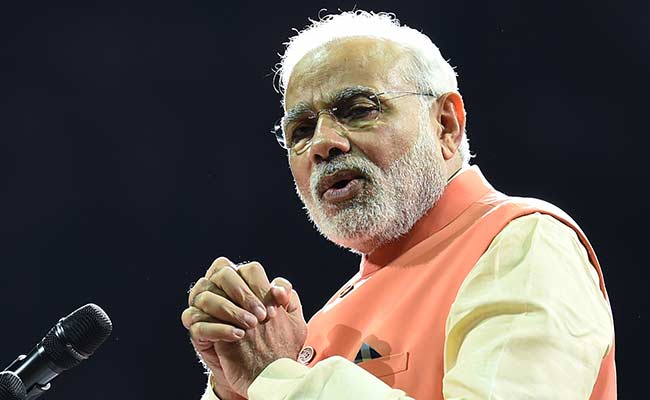 PM Modi gestures as he speaks at the Madison Square Garden in New York on Sunday. (Agence France-Presse)

New York: Prime Minister Narendra Modi, in a saffron jacket, got a full-house reception on Sunday at New York's Madison Square Garden, a venue that rock stars dream of packing with a sell-out audience. He thanked the crowd of about 18,000 Indian Americans who constantly chanted his name, for the rousing welcome.

Promoted
Listen to the latest songs, only on JioSaavn.com
Here are the highlights of his speech: