Many Thought India Will Be Ruined If British Left, But It Flourished: PM Modi

India's 75-years of journey since Independence is filled with several ups and downs but the people did not give up and let their dreams disappear, PM Modi said. 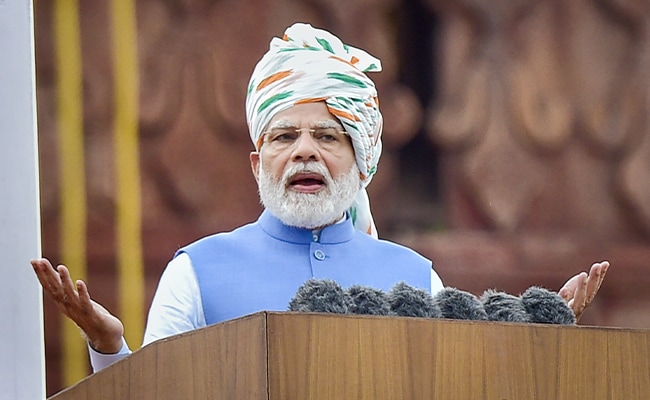 PM Modi's remark came during his address from the ramparts of the Red Fort on the 76th Independence Day.

During the last stage of the freedom struggle, many indulged in scare-mongering by saying India will be "ruined" and go into the "dark age" if the British left, but the country survived and kept growing due to its inherent strength, Prime Minister Narendra Modi said on Monday.

India's 75-years of journey since Independence is filled with several ups and downs but the people of the country did not give up and let their dreams disappear, PM Modi said in his address to the nation from the ramparts of the Red Fort on the 76th Independence Day.

The people made efforts and proved that India has immense capacity to survive all odds even as "hundreds of years of slavery" had inflicted "deep wounds" on it, he added.

"When the fight for freedom was in its last stage, all measures were taken to scare, disappoint and frustrate the country, that it will break, that infighting will kill people, that it will be left with nothing and that India will go into the dark age, various apprehensions were raised," the prime minister said without naming anyone.

"But they did not know this is the soil of India that has lived through centuries with power, more than that any ruler would have had," he added.

The prime minister said India's growth story continued despite terrorism and proxy wars, natural calamities and even as success and failures and hopes and disappointments kept showing up.

To others, he said, India's diversity seemed to be its burden but this is its invaluable strength.

"They did not know India has an inherent capacity. India is the mother of democracy. When those with democracy in mind undertake their course with this resolve, the biggest of the empires in the world fall," PM Modi added.