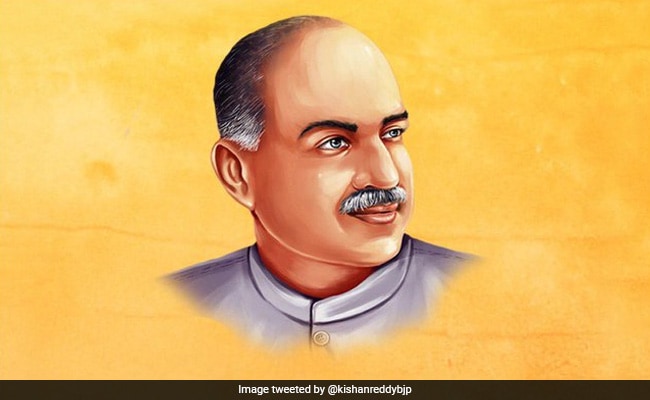 Remembering Dr. Syama Prasad Mookerjee on his Punya Tithi. His noble ideals, rich thoughts and commitment to serve people will continue to inspire us. His efforts towards national integration will never be forgotten.

Home Minister Amit Shah said SP Mookerjee sacrificed his life to safeguard India's identity and integrity, and saved the country from another division. "His sacrifice, dedication and ideals will guide generations," Amit Shah said. The Home Minister added that SP Mookerjee was an "architect of cultural nationalism who favoured making mother tongue the medium of education."

In his tribute to SP Mookerjee, BJP president JP Nadda said, the Jan Sangh founder dedicated his life to the country's unity and integrity.  Other BJP leaders also paid homage to SP Mookerjee on his death anniversary.

SP Mookerjee was a critic of the special status granted to Jammu and Kashmir under Article 370 by the then Congress government and was arrested after he entered the state to protest the requirement for a permit to do so. He died under detention.

While the government then said his death was due to health reasons, Jana Sangh and later the BJP have often questioned the claim. Revocation of Article 370 had been a foundational belief of the BJP, and the Narendra Modi government fulfilled it in 2019 after coming to power for a second term.