Read inOther Languages
This Article is From Jul 18, 2019

PM Modi said the International Court of Justice verdict is based on facts and that his government will always work for the safety of every Indian. 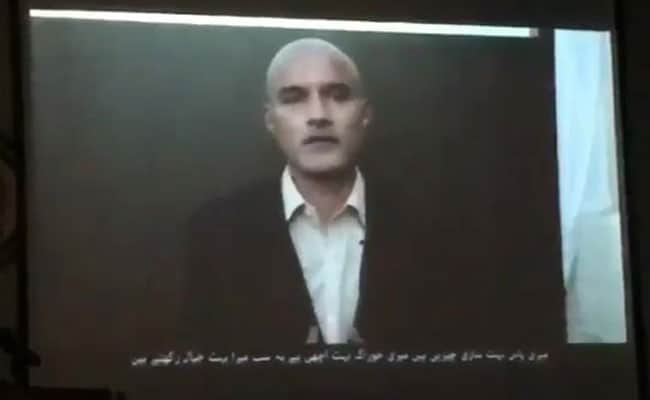 Prime Minister Narendra Modi today said that truth and justice have prevailed after the International Court of Justice, in a huge win for India, ruled that Pakistan must review the death sentence of Kulbhushan Jadhav and grant New Delhi consular access to the retired navy officer.

PM Modi said the International Court of Justice verdict is based on facts and that his government will always work for the safety of every Indian.

"We welcome today's verdict in the ICJ. Truth and justice have prevailed. Congratulations to the ICJ for a verdict based on extensive study of facts. I am sure Kulbhushan Jadhav will get justice. Our Government will always work for the safety and welfare of every Indian," PM Modi tweeted.

Kulbhushan Jadhav's death sentence "should remain suspended until Pakistan effectively reviews and reconsiders the conviction and sentence," said the UN court, agreeing with India's stand that Pakistan had violated the Vienna convention by denying consular access to Mr Jadhav after his conviction in a "farcical" closed trial. The global court has no means to enforce its rulings, which are final and without appeal.

"A continued stay of execution constitutes an indispensable condition for the effective review and reconsideration of the conviction and sentence of Jadhav," said the bench led by the President of the Court Judge Abdulqawi Ahmed Yusuf, reading out its verdict at a public sitting in The Hague.

The world court said Pakistan had not informed Mr Jadhav about his rights. "Pakistan deprived India of the right to communicate with and have access to Mr Kulbhushan Sudhir Jadhav, to visit him in detention and to arrange for his legal representation," the UN court ruled.

The verdict was 15 to one in favour of India; the lone dissenter was the judge from Pakistan. Even the judge from China supported India, which can be a significant diplomatic pressure point for Islamabad.

49-year-old Jadhav was arrested by Pakistan in March 2016 and accused of "espionage", a charge India has rubbished. A year later, he was sentenced to death by a Pakistani military court.