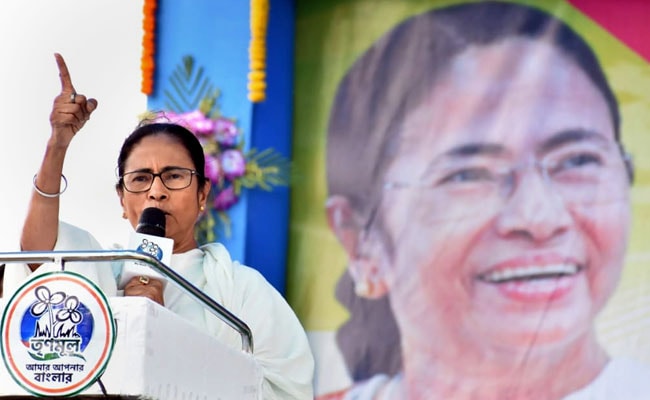 "If Narendra Modi becomes Prime Minister again, then democracy will be in danger, such doubts were expressed by opponents. Mamata Banerjee was amongst the foremost people who made such noise of fighting against (PM) Modi's dictatorship. But (PM) Modi has been elected democratically and is taking oath within the Constitution," Shiv Sena mouthpiece "Saamana" said in its editorial titled "Ishwariya Yojana".

Accusing Ms Banerjee and her party, the Trinamool Congress, of not being democratic, the editorial said, "There was a cyclone during elections in Odisha which caused wreaked havoc in the state. The Prime Minister helped Odisha in a big way. The BJP lost badly in Odisha."

The editorial praised PM Modi for not speaking anything against opponents after winning the Lok Sabha polls. "New regime will work with restraint and for humanity, (PM) Modi has shown it through his work culture. That is why the world is excited about his swearing-in. PM Modi's second festival is beginning today."

It also lauded him for not inviting Pakistan Prime Minister Imran Khan in his oath-taking ceremony, saying that PM Modi has decided not to work against the sentiments of the people.

"Country being led by PM Modi is God's plan (ishwariya yojana)," it said.

"There are several questions before the country. But those questions can be answered only through mountainous courage of the Prime Minister. This is the significance of his oath-taking ceremony. Modi has accepted to be the guardian of countrymen," it added.

The BJP-led National Democratic Alliance has won 41 out of 48 seats in Maharashtra in the Lok Sabha polls.