After looting the Air Force in Rafale, now the farmers are being looted in the name of crop insurance, Congress chief Rahul Gandhi says. 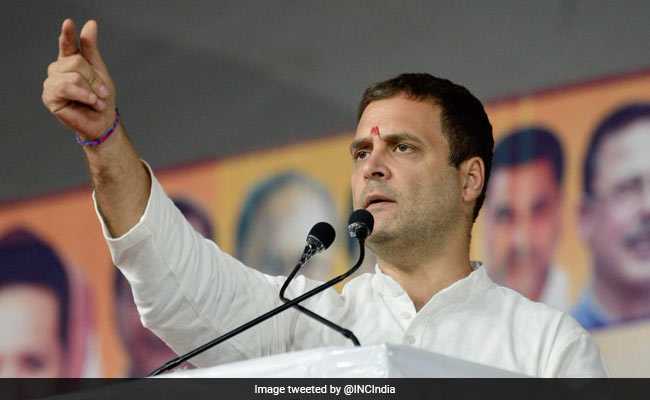 Taking cognisance of an IANS story in which journalist and farm activist P Sainath asserted that the crop insurance scheme was a "bigger scam than even the Rafale scam", Mr Gandhi on Twitter accused Prime Minister Narendra Modi of promoting crony capitalism.

"After looting the Air Force in Rafale, now the farmers are being looted in the name of crop insurance. The motive is one: fill thousands of crores of rupees in the accounts of suit-boot friends," he said in Hindi.

The Congress President has been attacking Modi and his government for corruption in the Rafale jets deal.

"The government's policies are anti-farmer. The Pradhanmantri Bima Fasal Yojana is a bigger racket than even the Rafale scam," P Sainath said on Friday.