Madhya Pradesh Chief Minister Shivraj Singh Chouhan also paid condolences to those who died and announced compensation to their families. 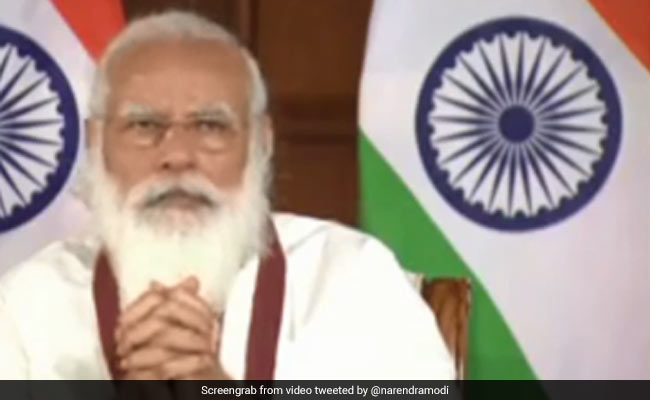 Prime Minister Narendra Modi on Tuesday condoled the deaths in a road accident in Madhya Pradesh's Gwalior that happened on Tuesday.

"The road accident in Gwalior in Madhya Pradesh has caused great grief. I express my deepest condolences to the relatives of the dead. I wish that the injured people recover at the earliest," Prime Minister's Office tweeted (in Hindi).

At least 13 people were killed after a bus and an auto-rickshaw collided in Gwalior district on Tuesday morning.

The police further informed that nine women and the auto-rickshaw driver died on the spot, while those injured were rushed to a nearby hospital with severe injuries.

Madhya Pradesh Chief Minister Shivraj Singh Chouhan also paid condolences to those who died and announced compensation to their families.

"I am saddened by the untimely loss of precious lives in the deadly collision between bus and auto in Gwalior. I pray to God to grant the departed souls a place at his feet and their relatives to bear this tragedy. Om Shanti!" Mr Chouhan tweeted in Hindi.

"I and the people of the state are with bereaved families in this hour of grief. They should not consider themselves alone. The state government will give Rs four lakh to the families of each who died and Rs 50,000 to those injured," he added.