President Trump shook hands with PM Modi during a brief meeting on the sidelines of a dinner to mark the 50th Anniversary of Association of South-East Asian Nations (ASEAN).

Prime Minister Narendra Modi today met US President Donald Trump and a host of leaders soon after arriving in Philippines's capital, Manila for the India-ASEAN Summit and the East Asia Summit.

President Trump shook hands with PM Modi during a brief meeting on the sidelines of a dinner to mark the 50th Anniversary of Association of South-East Asian Nations  (ASEAN). The two leaders are scheduled to formally meet tomorrow.  PM Modi will also hold bilateral meetings with Filipino President Rodrigo Duterte, Japanese counterpart Shinzo Abe and Australian Prime Minister Malcolm Turnbull among others. 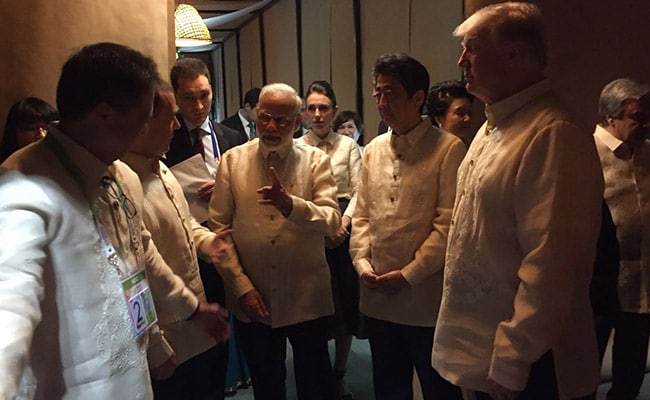 The leaders were uniformly dressed in Barong Tagalong, an embroidered shirt that is the national dress of the Philippines.

The menu for the gala dinner included an array of Filipino dishes including Filipino steak sushi, according to Press Trust of India.

The India-Asean Summit brings together, India, the US, Japan and Australia to revive an alliance called the Quadrilateral. The grouping is expected to boost free trade and defence cooperation across part of South China Sea and Indian Ocean. 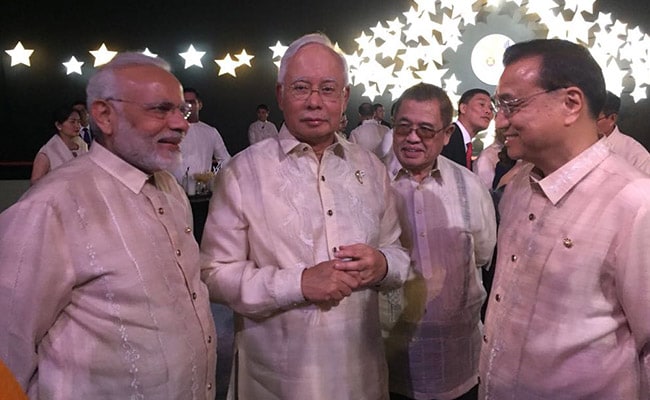 This is the first Prime Ministerial visit to the Philippines from India in 36 years since the visit by Indira Gandhi in 1981.

Promoted
Listen to the latest songs, only on JioSaavn.com
This year marks the 25th anniversary of the India-Asean dialogue partnership and the golden jubilee of the formation of the Asean.

"During my first visit to the Philippines, I look forward to have a bilateral meeting with Duterte. I will also have interactions with other ASEAN and East Asia Summit Leaders," PM Modi had said in his departure statement.

Amar Jawan Jyoti To Be Put Out, "Merged" With War Memorial Torch