PM Modi too tweeted saying he called on the vice president and posted two photographs. 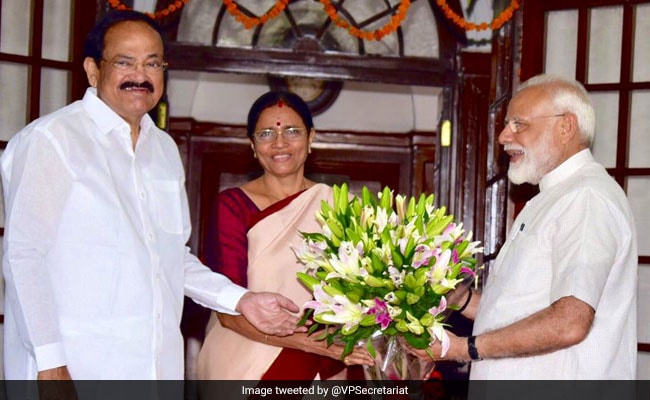 Sources described it as a courtesy call.

PM Modi reached the vice president house here to meet Mr Naidu this morning. "Shri Narendra Bhai Modi ji called on me today morning. Greeted him on being elected as the leader of NDA and the next Prime Minister. Over breakfast, we discussed many issues including accelerating development and strengthening Parliamentary institutions," Mr Naidu's office tweeted.

PM Modi too tweeted saying he called on the vice president and posted two photographs.

He was Saturday appointed prime minister by President Ram Nath Kovind after he was unanimously elected NDA parliamentary party leader at a meeting in which he asked coalition members to work without discrimination, stressing on the need to win the trust of minorities.

In the general election, he led the BJP-led NDA to a landslide victory with the alliance winning 353 seats, including an unprecedented 303 by the BJP.