The petition requested the HC to restrain the trio from making any further statements against Eknath Shinde, who is leading the dissident MLAs. 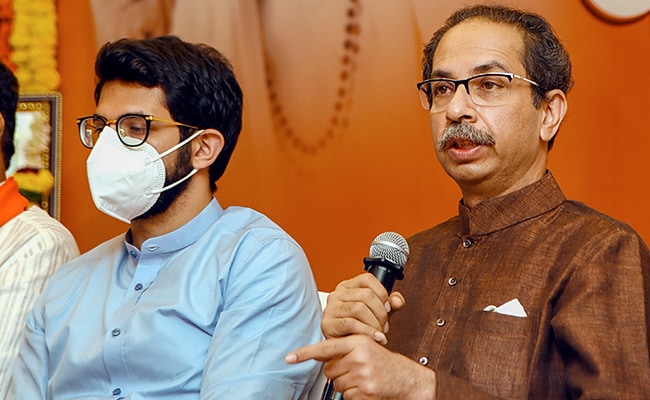 The PIL will come up for hearing in due course of time.

A public interest litigation (PIL) seeking the registration of an FIR against Maharashtra Chief Minister Uddhav Thackeray, minister Aaditya Thackeray and Shiv Sena MP Sanjay Raut for sedition and breach of public peace was filed in the Bombay High Court on Tuesday amid a standoff between the MVA government and the rebel Sena MLAs.

The petition, filed by Pune-based social worker Hemant Patil, requested the HC to restrain the trio from making any further statements against Eknath Shinde, who is leading the dissident MLAs.

The petition claimed that pursuant to the rebellion by several MLAs of Shiv Sena led by Eknath Shinde, protests have been held at various districts in Maharashtra and verbal attacks have been made against them.

"The Shiv Sena MLAs, who are rebelling, are camped in Assam because of the threats given by respondents 5 to 7 (Uddhav Thackeray, Aaditya Thackeray and Sanjay Raut).

"Respondent No. 7 (Raut) has given a threat to all of the 40 MLAs stating that their bodies will come from Assam and will be sent directly to the morgue for postmortem. In this way all of them are creating the situation of riot and violence in the State of Maharashtra," it said.

The PIL will come up for hearing in due course of time.