Minutes after the event ended, heaps of plastic water bottles could be seen indicating a lack of arrangement for garbage disposal at Red Fort. 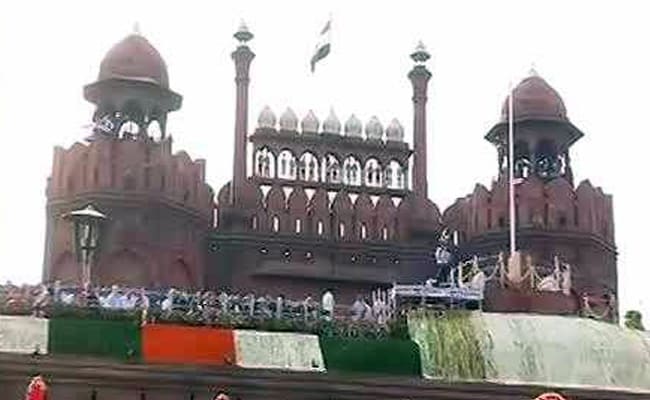 A number of plastic water bottles and banana peels lay scattered on the grounds of the Red Fort after Prime Minister Narendra Modi's Independence Day address, despite the government's emphasis on the Swachh Bharat Abhiyan.

Minutes after the event ended, heaps of plastic water bottles could be seen in various enclosures where children and the public were seated, indicating a lack of arrangement for garbage disposal in the 17th century monument.

A few cartons were used as makeshift dustbins which eventually overflowed, forcing school children to throw garbage on the grounds.

"Surprisingly, there was no arrangement of dustbins for disposing off water bottles and other trash at such an important event even when the prime minister had been stressing on cleanliness and hygiene," said Namita Srivastava, a teacher who accompanied students for the event.

"The entire area looked like a dump yard. I simply fail to understand why they did not make some arrangement for disposal of trash," said another teacher, Rashmi Guha.

The students were distributed refreshments, including bananas and wafers, after the programme and in the absence of trash bins, they disposed them off at the spot.

The government had resolved to eliminate single-use plastic from India by 2022 to deal with plastic pollution. At an event organised to mark World Environment Day, India reaffirmed its commitment to defeat plastic pollution.

Around one million plastic drinking bottles are purchased every minute across the globe, according to the United Nations.

India generates about 25,940 tons of plastic and more than 97,000 tons of solid waste per day, according to the Ministry of Environment, Forest and Climate Change.