A retired police officer from Jharkhand, Mohammad Jallauddin, and a former member of SIMI who is also a current member of PFI and the SDPI, Athar Parvez, have been arrested. 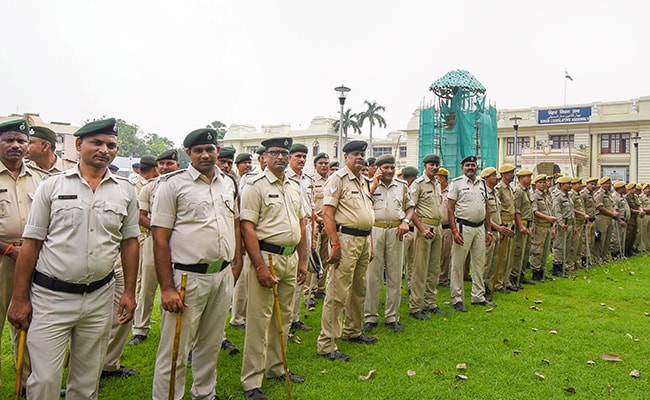 Bihar Police said one of those arrested has links to the PFI.

The Bihar Police on Wednesday said it had busted "a potential terror module" with links to extremist outfit Popular Front of India (PFI) and arrested two accused from the Phulwari Sharif area of Patna for indulging in anti-India activities.

He said that a retired police officer of Jharkhand, Mohammad Jallauddin, and a former member of Students' Islamic Movement of India (SIMI), who is also a current member of PFI and Social Democratic Party of India (SDPI), Athar Parvez, have been arrested.

"Two indulging in anti-India activities were arrested. For the past two months, the accused had people from other states coming in. Those coming were changing their names while booking tickets and while staying in hotels," he said.

Mr Kumar said that Parvez's younger brother went to jail in the 2001-02 bomb blasts in the state after the SIMI was banned.

The police official said that Parvez also raised funds in lakhs. He said locals were taught to use swords and knives in the name of martial arts, and the accused instigated others toward religious violence.

"On July 6-7, in the name of martial arts, locals were taught to use swords and knives. They instigated others toward religious violence. We have CCTV footage as well as witness accounts. Parvez also raised funds in lakhs, ED is being involved for the same," said Mr Kumar.

He said their internal document is very objectionable and talks of "rule of Islam in India".

Mr Kumar said an excerpt from an eight-page-long document they shared amongst themselves titled 'India vision 2047' says, "PFI confident that even if 10 per cent of total Muslim population rally behind it, PFI would subjugate coward majority community and bring back the glory," he added.

He said the document mentions that in case of a full-fledged showdown with the state, "apart from relying on cadres, we would need help from friendly Islamic countries."

"In the last few years PFI has developed friendly relations with Turkey, a flag-bearer of Islam," the police official quoted from the document.

The Kerala High Court observed in May this year that PFI and its political wing SDPI are extremist organisations indulging in serious acts of violence. It, however, said that these organisations are not banned.

"No doubt, SDPI and PFI are extremist organisations indulging in serious acts of violence. All the same, those are not banned organisations," the court had said.