The BJP's success followed its victory in all six municipal corporations, where polls were held in the first phase of the local body elections on February 21. 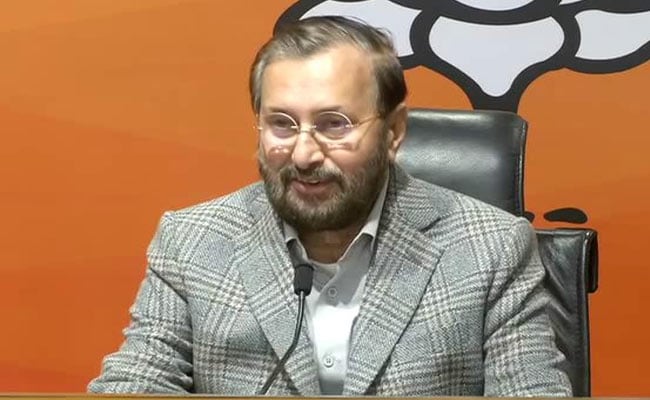 The BJP on Wednesday cited its sweeping victory and the Congress'' rout in Gujarat local body polls to assert that farmers have voted for reforms brought in by the Modi government and rejected the opposition campaign on the issue as well as on LPG price.

Union Minister Prakash Javadekar told reporters that the BJP's massive victory in the polls underscores that people's trust and affection for PM Modi endure and that they have rebuffed the Congress'' negative campaign.

For the BJP to get such a mandate after being in power in the state for so long is a rare feat in politics, he said, adding that the Congress has been wiped out.

The BJP has been in power in Gujarat since 1995, except for a couple of years due to rebellion by Shankersinh Vaghela.

The ruling party has recorded a massive victory in the polls by getting a clear majority in all 31 district panchayats as well as in 196 out of 231 taluka panchayats and 74 out of 81 municipalities.

The Congress, the main opposition party in the state, could win a majority in only one municipality and 18 taluka panchayats.

The BJP's success followed its victory in all six municipal corporations, where polls were held in the first phase of the local body elections on February 21.

These results mean that people vote for development and that farmers are with reforms, Javadekar said, noting that the Congress in its campaign often used LPG cylinders, a reference to the rising petroleum prices, but in vain.

Congress leader Rahul Gandhi tried to "defame" Gujarat, he said while referring to his speech in Assam in which he had targeted Gujarati traders for low wages of tea workers in the eastern state.

People have rejected his negative campaign, the BJP leader said.

Mr Javadekar noted that the Gujarat win follows a trail of BJP victories in various polls, including the Bihar assembly election and bypolls and local body election across the country in the last few months, and asserted that this shows people''s support for the party.

A Congress MLA and relatives of several legislators of the opposition party also lost the local body polls in Gujarat, he said.