"People In Jammu 100 Per Cent Nationalists Unlike Kashmiris": BJP Leader

BJP leader Lal Singh had earlier said the Kathua rape case was a "conspiracy" against the people of Jammu. 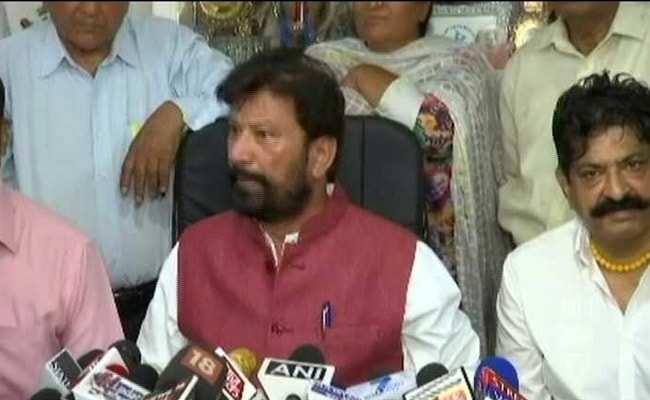 Lal Singh made the remark in the run-up to Independence Day. (File)

Senior BJP leader and former minister Lal Singh, who has often sparked controversy with his remarks, today asked people of the Jammu region to hoist the tricolour at their houses on the Independence Day as they are "nationalists to core unlike the people of Kashmir".

Mr Singh accused Kashmir-based rulers of discriminating with the Jammu region over the past seven decades and said his recently launched outfit called 'Dogra Svabhiman Sangathan' would fight to restore the pride of Dogra community.

"We appeal to the people of the region to hoist the tricolour at their houses on the Independence Day and celebrate the day with great enthusiasm. Jammu is about absolute nationalism. We are 100 per cent nationalists unlike those from Kashmir," the former minister said.

He said Kashmir-based leaders have ruled the state for the last 70 years and now it's time for the people of Jammu region to come to power.

"All the governments have not done justice with Jammu which faced worst kind of discrimination over the past 70 years and used it as a ladder (to grab the power)," the BJP leader told reporters in Jammu.

Mr Singh has made several controversial remarks in recent past, including on the Kathua rape case and after the killing of senior journalist Shujaat Bukhari in Srinagar.

He had said the Kathua rape case was a "conspiracy" against the people of Jammu.

Mr Singh had to quit soon after his remarks on the Kathua case involving alleged gangrape of a minor girl from a nomadic community.