In a letter to Union Home Minister Rajnath Singh, Pema Khandu sought an assessment of the situation by an inter-ministerial team for further action and precautionary measures. 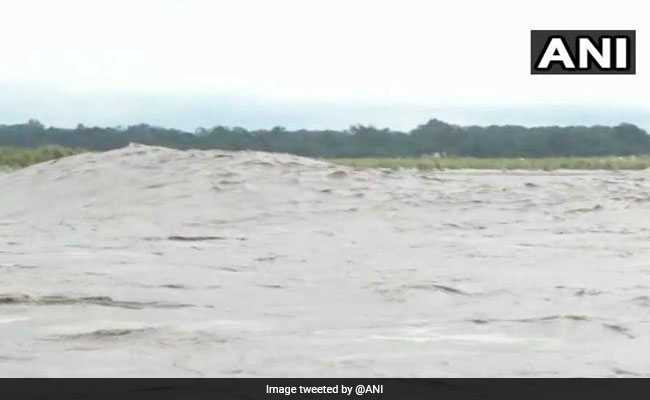 Concerned over the unprecedented simultaneous drought and flood situations in different areas of the Siang river basin, Chief Minister Pema Khandu on Tuesday drew the attention of the union home ministry to it.

In a letter to Union Home Minister Rajnath Singh, he sought an assessment of the situation by an inter-ministerial team for further action and precautionary measures.

The Chinese government had in a August 29 report, its first river water data share this year, cautioned that Tsangpo river, as Siang is called in that country, was in spate following heaviest rains in 150 years and the various gauge and discharge stations on it had seen a discharge of 9,020 cusec (cubic metre per second) water.

This had prompted the East Siang district administration to requisition IAF for helicopter to evacuate people and high waters of the river had affected over 1,000 families living along it at Mebo.

The chief minister informed Mr Singh about the reports of Siang River flowing above the danger level and said that many houses have been eroded and washed out under the impact of gushing flood water.

The sudden rise in the water level and the muddy water flowing in the river is causing concern amongst the locals, Mr Khandu said in the letter.

In contrast to it many areas of Namsing circle also in Mebo sub-division of East Siang district, areas of Siang, Upper Siang and parts of Lower Dibang Valley districts are facing drought-like situation, the letter said.

He requested the ministry to depute an inter-ministerial team to visit the flood and drought affected areas of the state for a clearer picture for immediate remedial measures, it added.