On average, commuters in Delhi, Mumbai, Bengaluru and Kolkata are taking 1.5 times longer to travel a given distance. 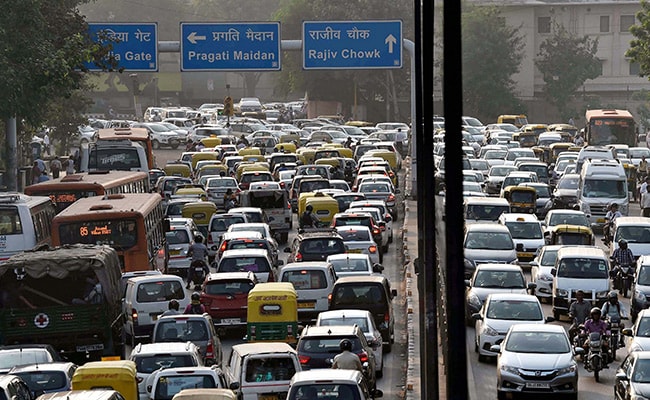 According to the survey, up to 89 per cent of people plan to buy a new car in the next five years

New Delhi: The top four Indian cities are today 149 per cent more congested than comparable cities in Asia and the country is losing over $22 billion a year in peak traffic hours compared to travel time during non-peak hours in those cities, an Uber-commissioned study revealed on Wednesday.

On average, commuters in Delhi, Mumbai, Bengaluru and Kolkata are taking 1.5 times longer to travel a given distance and ridesharing or shared mobility is the only solution to get rid of the traffic menace, said the study titled "Unlocking Cities: The impact of ridesharing across India" by the Boston Consulting Group (BCG).

"We continue to be at the forefront when it comes to unlocking the true potential of ridesharing for India. Through this study, we are hoping to draw the attention of administrators and urban planners on how shared cars and mobility can be part of the solution vs individual car ownership," Amit Jain, President, Uber India and South Asia, told reporters in New Delhi.

According to the BCG survey, up to 89 per cent of people plan to buy a new car in the next five years.

However, over 79 per cent would refrain from buying a car if ridesharing matches car ownership for affordability and convenience, it added.

The study was launched in the presence of Uber's Global COO Barney Harford, Suresh Subudhi, a partner at BCG and Ann Lavin, the Senior Director, Public Policy and Government Relations, Uber APAC.

"Ridesharing can be part of the solution to traffic congestion because it uses technology to get more people into fewer cars. We can unlock our cities and their full potential, but we have to do it together," he added.

In these circumstances, ridesharing would reduce private cars by 33-68 per cent.

"In the coming months, we will introduce several India-first innovations that will help bring the benefits of ridesharing to many more Indians and enable us to work with the government towards a common goal: reduce private car ownership and expand access to public transit systems," Mr Jain noted.

Overall, travel by public transport accounts for 19 per cent and 54 per cent of kilometers travelled in Delhi and Mumbai, respectively.

Promoted
Listen to the latest songs, only on JioSaavn.com
On average, 25 per cent of the private car owners surveyed in Delhi and Mumbai expressed a keen interest in becoming rideshare drivers.

"On-demand ride sharing is a practical way to reduce the number of private vehicles on the road and reduce congestion. It is important to encourage this proactively," said Suresh Subudhi, Global Sector Head -- Infrastructure and Transport, BCG.