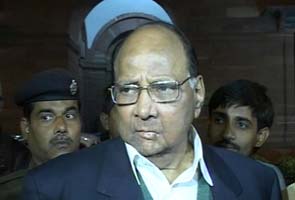 Khadse claims to have documentary evidence which shows these details.

He also claimed that Pawar had, in February last, travelled to Dubai with Balwa and his partner Vinod Goenka. Accompanying them on the flight were Pawar's wife Pratibha, BCCI chief Shashank Manohar and his wife Varsha, Punjab Cricket Association (PCA) president I S Bindra, and ICC's Chief Executive Officer (CEO) Haroon Logart.

Balwa is currently in CBI custody in connection with the 2G spectrum scam. He was arrested by the on February 8.