The reunion of the two parties, which comes after a separation of three years due to what they termed "communication gap," may alter the political scenario in the state, where the local body elections are round the corner. 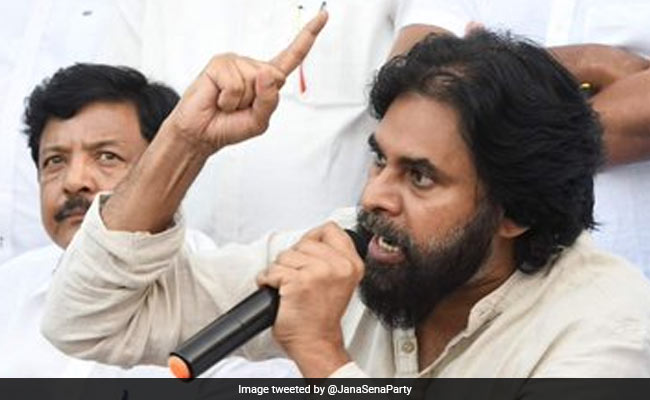 Old allies Jana Sena and BJP came together once again and announced an alliance on Thursday, seeking to emerge as the "third alternative" in Andhra Pradesh.

The reunion of the two parties, which comes after a separation of three years due to what they termed "communication gap," may alter the political scenario in the state, where the local body elections are round the corner.

Describing it as a "historic and important development," Jana Sena chief Pawan Kalyan and state BJP president Kanna Lakshmi Narayana announced the alliance at a press conference, after a four-hour-long meeting of leaders of the two parties in Vijayawada on Thursday.

They exuded confidence that the partnership would clinch power in the state in 2024.

Right from the upcoming polls to the local bodies, the alliance will go on to fight the 2024 general elections as well.

"Our alliance is intended to protect the state," they said.

Alleging that the YSRC government completely failed the people in a very short time, the alliance leaders promised to fight against its policies.

The state BJP chief said the Sena agreed to ally with his party "unconditionally" in the interest of Andhra Pradesh and its people.

A coordination committee would soon be constituted with leaders of the two parties to carry forward their agenda.

Pointing to the "communication gap" between his party and the BJP, which led to a fallout three years ago, Mr Kalyan said, "We held a series of discussions over the past few months and bridged that gap. Thus, we are back in alliance."

The Telugu film star claimed that the people of AP were yearning for a third alternative, vexed with the "dynastic, despotic and corrupt" politics of both TDP and YSRC.

"The BJP and the Jana Sena will be the third alternative that people are looking for. We will emerge as a formidable force by 2024," Kalyan said.

"We have over four years time to strengthen ourselves in the state and we will certainly clinch power in 2024," he said.

BJP state in-charge Sunil Deodhar stressed that there was no question of any realignment with the TDP.

"We have already made it clear that the TDP is no longer welcome. There will not be any type of alliance with either the TDP or the YSRC," he added.

As soon as the Sena was founded in March 2014, Kalyan supported the BJP-TDP combine in the elections in AP and Telangana.

The Sena remained out of the contest in the two states.

Two years down the line, it fell out with the BJP and the TDP for various reasons and allied with BSP and the Left parties for the 2019 elections.

Sena bit the dust in the elections to both Lok Sabha and Assembly in the state last year, managing to win just one seat in the 175-member Assembly.