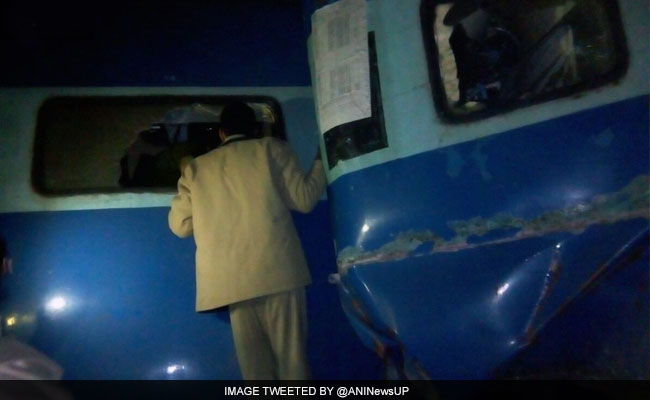 Railway Safety Commissioner said that a report will be submitted to the government in a month's time.

Kanpur: The blood samples of the two drivers of the Indore-Patna Express have been sent to a lab to ascertain if they were in an inebriated condition that could have caused the deadly derailment, Railway Safety Commissioner P K Acharya said today.

Mr Acharya, who inspected the accident site yesterday, said it may take about two-three days to complete the inquiry and the report will be submitted to the government in a month's time.

The statements of the driver, the assistant driver, a police inspector and a few other people have been recorded, he said, adding that this is first round of questioning and there will be more rounds.

"Blood samples of both the drivers have been sent to a laboratory for tests. I can make further comments once the laboratory sends the reports," he said replying to questions on whether the drivers were under the influence of alcohol.

He said samples of the broken railway track have been brought to Kanpur and are being sent for examination to the Research Designs and Standards Organisation's (RDSO) laboratory.

The commissioner told reporters at the Kanpur Railway Station's CTM office that the driver, the assistant driver will be questioned over the accident tomorrow. Passengers have also sent information about the accident to him on his e-mail, Mr Acharya said.

"I had inspected the accident site at Pukhrayan yesterday. The entire site, the damaged coaches and the broken railway track were videographed," he said.

On questions about passengers giving account of suspicious sounds from coaches before the accident, he said, "I am yet to receive information on this."

Whether the coaches were damaged or there was an issue with the track is under probe, he said.

Promoted
Listen to the latest songs, only on JioSaavn.com
On being told that the GRP had registered FIRs against unknown people and is also investigating the matter, Mr Acharya said he had nothing to do with the GRP's probe.

"Mine is an independent probe and is in no way associated with that of the GRP. Our probe is not under the Railway Ministry. I will submit my report to the Civil Aviation Ministry and Railway Ministry after a month," he said.

12 To Be Elected Unopposed To UP Legislative Council; 10 From BJP