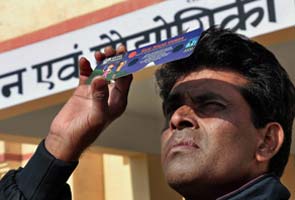 New Delhi: The New Year begins with a partial solar eclipse that can be seen today from the northern part of the country besides from Europe, the Arabian peninsula, North Africa and Western Asia.

A solar eclipse occurs when the Moon passes between the Earth and the Sun, thereby totally or partially obscuring the Earth's view of the Sun.

In India, the eastern fringe of the penumbral shadow of the Moon passes over Kutch, parts of Gujarat, Rajasthan, Haryana, UP, Delhi, Punjab, Uttarakhand, Himachal Pradesh and Jammu and Kashmir, he said.

The magnitude of the eclipse is, however, between 0 and about 20 per cent (fraction of the Sun's disc that is covered) and at most of the places, the eclipse will not be easily noticeable. The eclipse is partial everywhere since umbra of the Moon misses the Earth.

Experts warned against seeing the eclipse with the naked eye.

"Viewing the Sun during partial and annular eclipses (and during total eclipses outside the brief period of totality) requires special eye protection, or indirect viewing methods," C B Devgun, president, Science Popularisation Association of Communicators and Educators, said.

The Sun's disk can be viewed using appropriate filters to block the harmful part of the Sun's radiation, he said.

Sunglasses are not safe, since they do not block the harmful and invisible infrared radiation which causes retinal damage, Devgun said, adding only properly designed and certified solar filters should be used for direct viewing of the Sun's disk.

Self-made filters using common objects like a floppy disk removed from its case, a compact disc and a black colour slide film must be avoided, he added.

The partial solar eclipse will be longest in Srinagar starting at 2:37 pm and ending at 4:18 pm. While, Ajmer will witness the eclipse for the shortest duration 3:13 pm-3:43 pm.