Mumbai: Members of the Parsi community are demanding the realignment of Mumbai's Metro III project fearing damage to their religious shrines. Several Parsis gathered at these sites yesterday to draw the government's attention. The Mumbai Metro Rail Corporation's (MMRC) Metro III project is completely underground and will connect Colaba in south Mumbai to Bandra and Santacruz Electronics Export Processing Zone (SEEPZ) in the western suburbs of the city.

A major part of the proposed tunnel will pass below the temples which will break the continuous contact of the sacred fire with earth and break the magnetic circuits established by religious ceremonies performed during the consecration of the fire.

One of the structures where protesters gathered is the Bhikha Behram well, a centuries-old place of worship and also a heritage monument. The community fears the holy well that is fed by underground streams will run dry because of the Metro tunnel.

Farokh Gutla, one of the protesters, told NDTV, "Two fire temples are going to be affected by this project. The Metro which will go through here should not spoil the streams of water."

However there are members of the community who have opposed the protests saying that Mumbai needs the metro like never before.

Senior Journalist Bacchi Karkaria told NDTV, "This is the part of the petition that I take objection to and this causes me a great deal of discomfort. We live in the 21st century. Magnetic circuits are fine but we also need the Metro like never before." 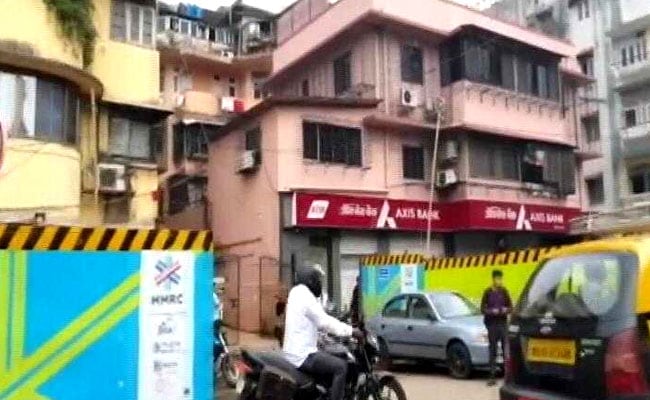 Parsis fear the holy well that is fed by underground streams will run dry because of the project.

The community maintains they are not against development but their religious sentiments shouldn't be hurt in the process.

Speaking to NDTV, Dinshaw Rusi Mehta, former Chairman of the Bombay Parsi Punchayet, said, "We are a very peaceful and law abiding community. We have immensely contributed to the country especially Mumbai. But our concern right now is the fact that the alignment of the metro is directly underneath our holiest of the holy shrines. We want to protect them."

Jamshed Sukhadwala, a structural engineer said, "In March 2016, I had suggested they should realign the project right from Churchgate. They should go along the Maharishi Karve Road wherein the buildings are much stronger."

Some members of the community now plan to reach out to others such as Shiv Sena chief Uddhav Thackeray and Maharashtra Chief Minister Devendra Fadnavis.

"Our dear Prime Minister was very much bonding with the Parsi community when he was at the Udvada Festival and I really hope he listens and tells these people to come forward with a solution. I am hopeful it will be realigned," says Pervez Cooper, one of the protesters.

The Mumbai Metro Rail Corporation did not respond to specific queries on the issue but assured that all structures will be safe. The trustees of the JN Petit Institute have moved court claiming it was damaging their building.
Comments
Parsi community in Mumbaifire templesMumbai Metro Construction