Parliamentary Panel Pulls Up Centre Over Implementation Of Schemes

The panel observed that the Housing and Urban Affairs Ministry is giving the "usual excuse of procedural delays" in accounting for spent funds in case of the prestigious flagship programmes. 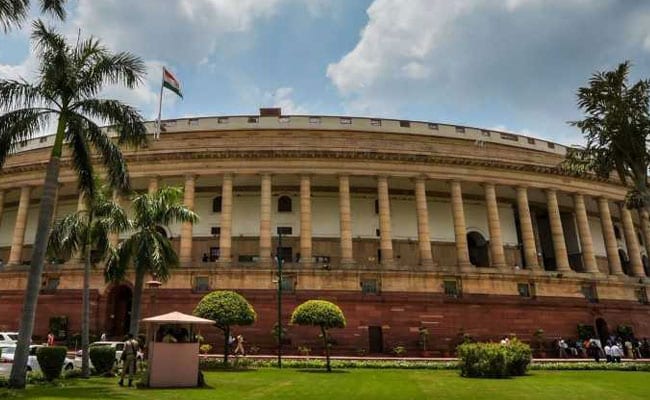 A parliamentary panel has pulled up the government over "slack implementation" of the Centre's flagship programmes, including the Pradhan Mantri Awas Yojana (Urban) and the Swachh Bharat Mission (SBM), asking it to get its "act together" and address the issues.

The panel observed that the Housing and Urban Affairs Ministry is giving the "usual excuse of procedural delays" in accounting for spent funds in case of the prestigious flagship programmes, but the reality is that "enough thought" has not gone into the promises made to people.

The Standing Committee on Urban Development last week tabled its 23rd report on action taken by the government, following its recommendations made in the 22nd report presented to the Lok Sabha in March this year.

According to the report, the ministry told the committee that the central government approves the state plans and provides assistance to states, Union territories and cities, whose projects are designed, approved and executed by them.

Release of funds and utilisation is part of the normal financial procedures to ensure proper accounting, and it is not a "true barometer" of the physical progress and the speed of implementation of mission targets and objectives, the government said in its reply to the committee's 22nd report recommendations.

However, the government's replies have not gone down well with the panel which in its observation said, "They (ministry) have not made clear the parameters that can be considered as 'touchstones' for the progress of implementation of these well meaning projects."

"The government should get its act together and address the issues that lead to slack implementation of the Centre's flagship schemes, including the brittle financial health of most of the municipal bodies in the country, an issue they have not addressed at all," the committee said.

Citing funds allotted to six flagship programmes - PMAY (U), SBM, Smart Cities Mission, Heritage City Development and Augmentation Yojana' (HRIDAY), AMRUT and DAY-NULM, government in its reply said, "The  Ministry of Housing and Urban Affairs has been able to achieve substantial milestone in both physical and financial terms in so far as mission objectives/targets are concerned."

On July 24, the ministry had approved construction of nearly 2.67 lakh more affordable houses for the poor in 10 states under the PMAY (Urban), taking the total number of sanctioned houses to  53,74,306 so far in the country.