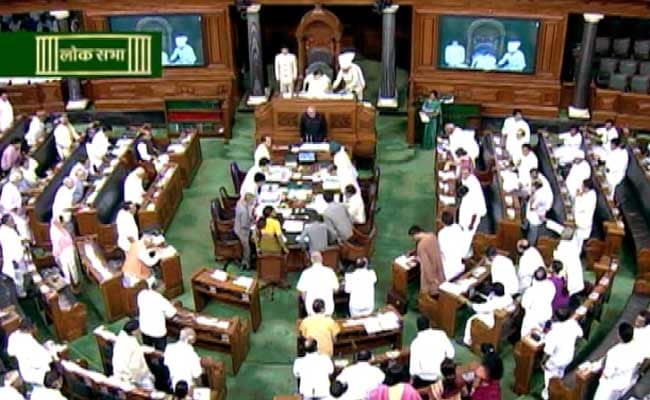 New Delhi: Lok Sabha today witnessed a demand by a number of members for raising allocation under MP Local Area Development Fund (MPLAD) from Rs 5 crore per year to Rs 15 crore but the government refrained from giving any commitment.

He got support from some other members who shouted that it should be raised to Rs 25 crore.

"If the House wants it to be raised to Rs 25 crore, I support that demand," he said.

Deputy Speaker M Thambidurai, who was in the Chair, said he, as the Chairman of the MPLADS Committee, has already written in this regard to the Prime Minister and the Finance Minister.

He asked Minister of State for Parliamentary Affairs Rajiv Pratap Rudy to convey the "unanimous" feelings of the House to the government.

Mr Thambidurai said some Ministers, including Mr Rudy and the Railway Minister, have also written to him favouring a hike in the funds.

Mr Rudy said the government has already taken note of the sentiments of the House and he would again take the message to the government.
Comments
Uday Pratap SinghRajiv Pratap RudyThambiduraiMP Local Area Development FundMPLADS CommitteeLok Sabha