Asked whether India would side with the US or others on the Paris climate change deal, PM Narendra Modi said, "it is not a question of which way I go. I will go with the future generations." 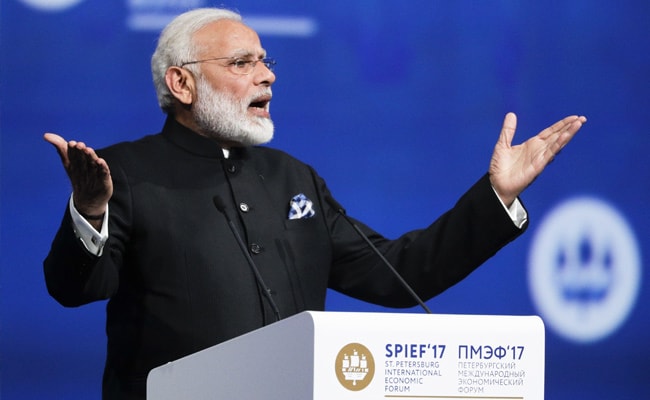 St Petersburg, Russia: India is committed to protecting the climate, irrespective of the Paris agreement, Prime Minister Narendra Modi said in St Petersburg today but avoided a direct reference to the US withdrawing from the international deal.

Addressing the St Petersburg International Economic Forum in the presence of Russian President Vladimir Putin, PM Modi said India has traditionally been respecting nature and desisted from exploiting it.

"Paris or no Paris, our commitment to preserving the climate is for the sake of future generations," PM Modi said while responding to a question about US President Donald Trump announcing withdrawal of the US from the Paris climate change agreement.

He said he had made the same comment in Germany three days back when "nobody's comment had come", an apparent reference to President Donald Trump's announcement today.

Donald Trump earlier in the day said the US was withdrawing from the Paris climate change deal, agreed by more than 190 nations. He said it unfairly benefited countries like India and China.

Asked by the moderator whether India would side with the US or others on the Paris climate change deal, PM Modi replied, "it is not a question of which way I go. I will go with the future generations."

He underlined, "we must leave for our future generations a climate wherein they can breathe clean air and have a healthy life."

Earlier, while addressing the event, the Prime Minister said, "India is a responsible nation with regard to climate change...We can milk the nature... Exploitation of nature is not acceptable to us," he said.

He recalled that when he was the chief minister of Gujarat before 2014, the state had created a separate department for environment protection.
Comments
St Petersburg International Economic ForumParis agreementNarendra ModiSPIEFModi in Russiavladimir putin

UP Shia, Sunni Boards Ask People Not To Visit Graveyards On Shab-E-Barat