Pakistan's Compliance of UN Sanction on Dawood Ibrahim, Zaki-ur-Rehman Lakhvi and Hafiz Saeed to be Monitored 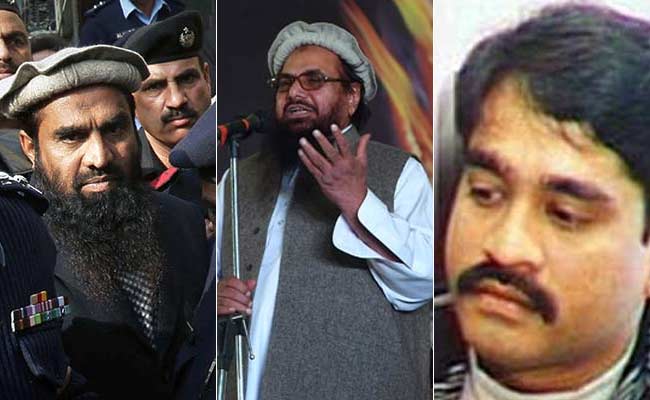 New Delhi: India has been successful in bringing Pakistan under the monitoring of the Asia Pacific Group to enforce UN sanctions against underworld don Dawood Ibrahim, terror mastermind Zaki-ur-Rehman Lakhvi and LeT founder Hafiz Saeed despite strong opposition from China.

Officials said China stood by Pakistan on terror asking India to back off at the recently-concluded meeting of Financial Action Task Force (FATF), a global body, held in Brisbane, Australia, when New Delhi had strongly raised non-compliance by Islamabad on freezing assets of Lashkar-e-Taiba and its affiliates as well as on Dawood Ibrahim.

However, India has been successful in convincing allies like the United States to derail China's attempt, and roped in the Asia Pacific Group on Money Laundering (APG), an autonomous and collaborative international organisation consisting of 41 members and a number of international and regional observers.

APG will now monitor and ensure Pakistan's compliance of UN sanctions against terrorists as Islamabad is a member of the international body, officials said.

China had objected to India raising the issue at FATF on the grounds that Pakistan is not a member of the grouping.

India has been insisting that Pakistan must seize assets of fugitive Dawood Ibrahim and most wanted terrorists Hafiz Saeed and Zaki-ur-Rehman Lakhvi as all three are in UN Security Council's Al-Qaeda sanctions list which makes it incumbent upon Islamabad to freeze their holdings.

As a UN member state, it is the responsibility of Pakistan to freeze their assets.

The committee, established pursuant to UN Security Council resolution 1267 (1999), is a Security Council subsidiary organ that oversees the implementation by member- states of the three sanctions measures -- assets freeze, travel ban, and arms embargo -- imposed against targeted individuals and entities associated with Al-Qaeda, as designated by the Committee in its sanctions list.

India has said that the 1993 Mumbai serial blasts key accused Dawood Ibrahim is in Pakistan, though Islamabad denies this.

Hafiz Saeed roams freely in Pakistan while Zaki-ur-Rehman Lakhvi, who was set free from a Rawalpindi jail, is currently living in the country.