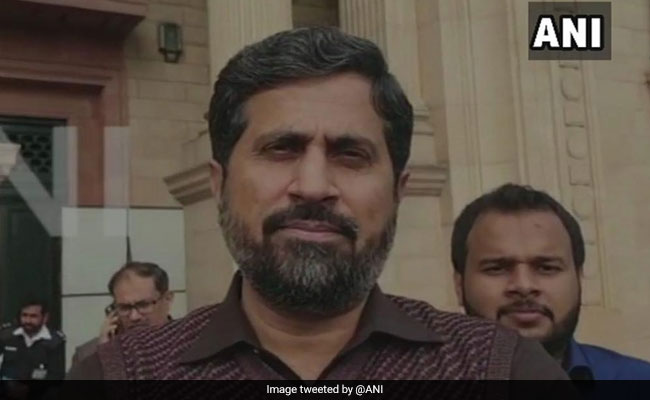 Punjab Information and Culture Minister Fayyazul Hassan Chohan became a target of intense criticism by senior members of his party, the ruling Pakistan Tehreek-e-Insaf following his castigating remarks on the Hindus.

The minister was quoted by Samaa news agency, during a press conference last month, where he referred to the Hindus as "cow urine-drinking people".

"We are Muslims and we have a flag, the flag of Maula Alia's bravery, and flag of Hazrat Umara's valour. You don't have that flag; it isn't in your hands," the Minister was quoted.

"Don't operate under the delusion that you are seven times better than us. What we have, you can't have, you idol-worshippers," Mr Chohan said in a video that went viral on the social media.

The remarks by Mr Chohan came amid reports of escalating tension between India and Pakistan following the Pulwama terror attack in Jammu and Kashmir that claimed lives of 40 Central Reserve Police Force (CRPF) jawans.

In response to the attack on the minorities, Minister for Human Rights, Shireen Mazari condemned Mr Chohan's statement saying, "No one has the right to attack anyone else's religion. Our Hindu citizens have also sacrificed for their country. Our Prime Minister's message is always of tolerance and respect and we cannot condone any form of bigotry or spread of religious hatred."

Reiterating the same, Prime Minister Imran Khan's Special Assistant on Political Affairs Naeemul Haque, in his tweet said, "The derogatory and insulting remarks against the Hindu community by Fayyaz Chohan, the Punjab Minister demands strict action. PTI government will not tolerate this nonsense from a senior member of the government or from anyone. Action will be taken after consulting the Chief Minister."

Finance Minister Asad Umar also said that the flag of Pakistan is not just green and it is not complete without the white which represents the minorities. "Hindus of Pakistan are as much a part of the fabric of the nation as I am. Remember Quaide Azam's whole struggle was for a country free of discrimination," Umar said.

Columnist Mehr Tarar further took to Twitter, demanding an "unconditional apology" from Chohan, followed by his resignation. According to reports, at least 1.6 per cent of Pakistan's population is Hindu and Hinduism is the second largest religion followed in the country. The PTI government itself has at least seven Hindu members of the National Assembly and four minority members in the Punjab Assembly.