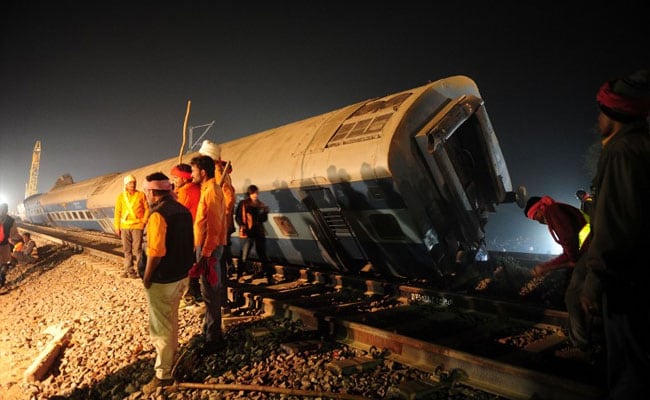 150 people were killed when the Indore-Patna Express rolled off the tracks on November 20.

Patna: The role of Pakistan's Inter-Services Intelligence or ISI is being suspected in the train accident in Kanpur in November after the arrest in Bihar of three men yesterday. 150 people were killed when 14 coaches of the Indore-Patna Express rolled off the tracks around 100 km from Kanpur on November 20. At the time, a fault in the tracks was thought to be the cause of the accident. The three arrested yesterday have allegedly told the police that they were working for the Pakistani intelligence agency to target Indian railways.