Sohail Mahmood Mahmood was Pakistan's High Commissioner to India before he assumed charge of the top post in mid-April. 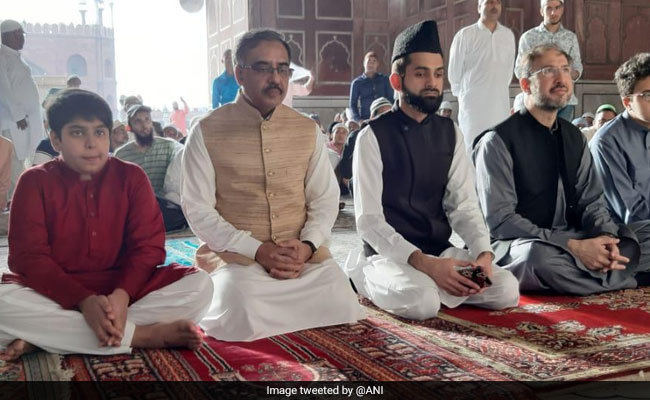 Sources said Mr Mahmood arrived in Delhi on a three-day private visit on Tuesday night. It is not immediately known whether he would meet any Indian officials or leaders during his stay in the national capital.

Mr Mahmood is scheduled to return to Pakistan on Friday along with his family, sources added. His children were studying in Delhi.

In April, Mr Mahmood had told news agency Press Trust of India that Pakistan was hoping for "re-engagement" with India after the Lok Sabha polls, adding that dialogue between the two countries was the only option to understand mutual concerns and ensure peace, prosperity and security in the region.

"Sustained engagement and structured dialogue would enable the two countries to understand mutual concerns and differences, resolve outstanding disputes and build the edifice of durable peace, security and prosperity in the region," he said.

Tensions between India and Pakistan worsened after the Pulwama terror attack on February 14. After the terror attack, India had struck a terrorist training camp in Pakistan's Balakot on February 26.

Pakistan Prime Minister Imran Khan on May 26 spoke to Prime Minister Narendra Modi over phone and expressed his desire to work together for peace and prosperity in the region.

PM Modi called for creating trust and an environment free of violence and terrorism for fostering peace and prosperity in the region.