But Raphael Koch's Oxymed store barely has any stock left of the little known machines that separate the critical gas from air and assist patients with low blood-oxygen levels. And he isn't expecting fresh supplies from manufacturers at least until mid-June. 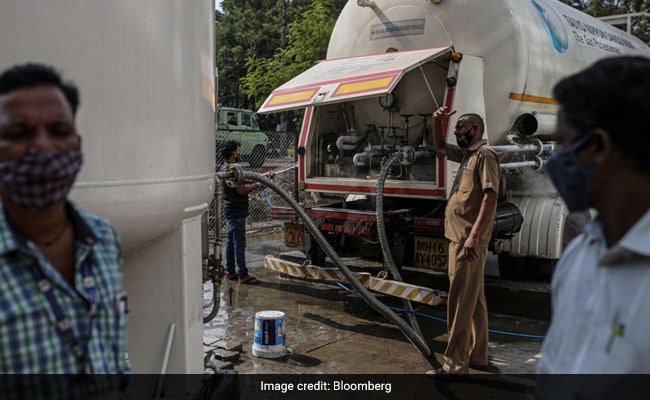 India has reported more than 300,000 daily infections for 21 consecutive days.

Raphael Koch, a retailer of medical devices in the small Swiss town of Wil, has been busy for the past two weeks fielding a flurry of phone calls. Most are from Indians or India-based companies looking for oxygen concentrators, with some even wanting as many as 500 at once.

But Mr Koch's Oxymed store barely has any stock left of the little known machines that separate the critical gas from air and assist patients with low blood-oxygen levels. And he isn't expecting fresh supplies from manufacturers at least until mid-June.

"They're desperate," he said, referring to the callers he's been speaking to lately. "They tell me about relatives dying on the streets, that there's no space in the hospitals and that the few oxygen concentrators that are still available are being sold for up to 10 times the normal price."

After a new coronavirus variant unleashed a brutal wave of infections in India, taking thousands of lives and sending millions to overcrowded and poorly equipped hospitals, demand has shot up for the device. When health-care facilities are running short of oxygen tanks and beds, the portable machine is increasingly becoming a line of defense for those seeking to avert breathing difficulties while recuperating at home.

India has reported more than 300,000 daily infections for 21 consecutive days, highlighting the country's slide into the world's worst health crisis. One research model is predicting deaths could quadruple to 1,018,879 from the current official count of almost 254,200. Just as some countries needed ventilators in large quantities last year, India is now desperately seeking oxygen supplies and concentrators.

The latest outbreak has seen oxygen requirements at Indian hospitals rise 10-fold, according to Abhinav Mathur, founder of the Million Sparks Foundation, which is part of efforts around Delhi to import the devices and donate them to healthcare facilities. A small part of this surge is being met by the concentrators, he said.

To be sure, oxygen concentrators are useful only to those who don't require intensive care. The machines deliver about five to 10 liters of the gas per minute, typically at about 93% purity, whereas those fighting Covid in hospitals may need as much as 60 liters per minute, which can be met only by liquid-oxygen tanks.

Data tracked by the Indian Council of Medical Research between August 2020 and April 2021 show shortness of breath was reported by almost 48% of patients hospitalized this year, compared with about 42% last year. Oxygen utilization jumped to 55% in the second wave, from 41% during the first.

India needs as many as 200,000 oxygen concentrators to meet the current demand, or five times pre-pandemic levels, Mr Mathur said. Prime Minister Narendra Modi's government on May 10 said it distributed 6,738 of them from the pool of foreign aid it received in recent weeks, underscoring the inadequacy of supplies and donations trickling in from countries ranging from the U.S. to China and Switzerland.

Distraught families are looking to source the gadget -- which could set some back by as much as $1,000, or about half of India's per capita gross domestic product -- from wherever they can. The cost is an additional burden for some Indians who face shrinking incomes after losing businesses and jobs to lockdowns. A study by Pew Research Center showed an estimated 75 million people slipped into poverty in India since the outbreak began. 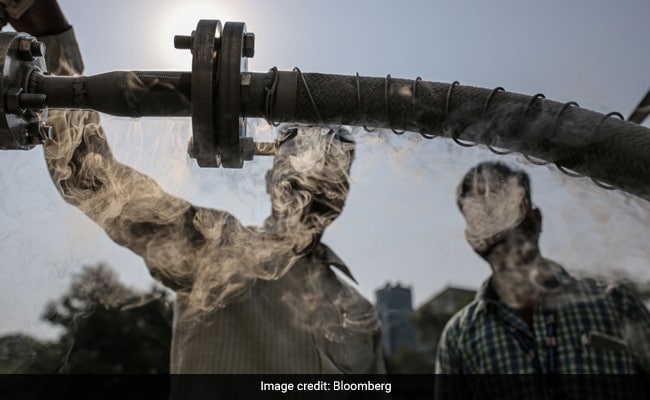 Medical oxygen is transferred from a tanker to a storage facility at Naidu Hospital in Maharashtra, on May 6.

Some of the biggest manufacturers including Royal Philips NV are stepping in to help. The company has "significantly increased its global production and is making these products available in India to help save more lives," Philips said in an emailed statement, declining to elaborate.

Chinese maker Jiangsu Yuyue Medical Equipment & Supply Co. said in an investor call in April that "orders from India continue to grow." The Nanjing-based company said its daily production capacity of 4,000 units is sufficient to deliver orders amounting to 18,000 pieces. Shares of the company have jumped 15% in the past month in Shenzhen, compared with the 1.6% gain in the Shenzhen Stock Exchange Composite Index.

Models imported from China may be more affordable at 25,000 rupees ($340), but because of high demand and price gouging, some in Delhi are paying 80,000 rupees for a piece. Indian budget airline SpiceJet Ltd. said it has airlifted more than 27,000 oxygen concentrators from the U.S., Hong Kong, mainland China and Singapore.

Until recently, Indian government used to levy an import duty of as much as 20.4% on the oxygenators, but the levies were scrapped temporarily in the first week of May after the red tape prevented life-saving equipment and medicines from reaching the needy.

@Delhicustoms I have shipped an oxygen concentrator for my father. It has been stuck in IGIA customs for 5 days. Do you not realize that people have an urgent need for these devices?

A relief fund set up by the prime minister last year is set to order 150,000 units of an oxygen supply system developed by India's Defence Research & Development Organisation, the government said Wednesday.

"The next big worry is that the pandemic is clearly seen moving to semi-urban and rural areas," he said. "The government should start to plan for improving the availability of oxygen in these areas to be ready to respond."

Meanwhile, in a tiny village about 20 miles east of Zurich, Dino Vivarelli runs MediCur AG, a specialist retailer of all things oxygen, ranging from therapies to air purifiers. He has never done business outside of Switzerland.

But after the Indian embassy contacted him about two weeks ago to source large quantities of liquid oxygen, Mr Vivarelli said he's been getting inquiries from charities and the Indian diaspora in Switzerland and Germany. Until recently, he said he used to be able to order oxygen concentrators by the dozen by email and receive them the next day.

"Those days are over," he said by phone. "It started with a delay of a week. Now we're already at about a month."